Writing for the Internet: Promotion, Feedback, and Metrics 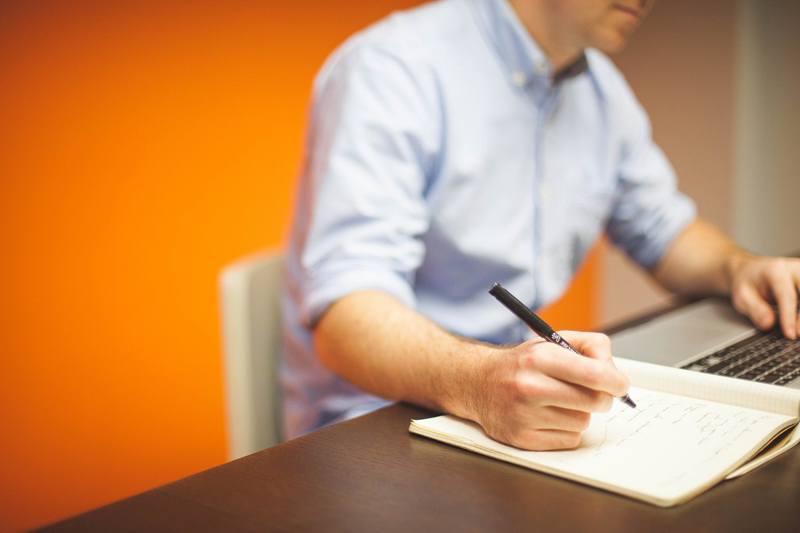 In previous Journal articles I have shared what I’ve learned about writing for an internet audience and things to consider when choosing how to publish to get the most out of the medium. There a few more things to touch on before wrapping up this series. Promoting your work on the internet can be as simple or as complicated as you want to make it. And once it is out there for people to read, you will likely get some feedback and you will want to see some metrics to know if you are reaching your audience.

Promotion and metrics are tricky business. I think the biggest problem facing the internet writer who wants to promote their work is number and choice of platforms available. There was a time not too long ago when publishing was simple—put up your website and let search engines like Google or Bing do the work of directing your audience to your writing. But the past decade or so has seen a major shift in how we discover content on the internet. Social media platforms like Twitter, Reddit, Facebook, and dozens of others each have their own massive user communities and provide a rich source for promoting your work. These new platforms are important because they provide concentrated pockets of people to talk to about a particular area of interest (you know, like dogs or training). The trouble is, you can spend a lot of time and energy promoting your work on these platforms and not see much engagement with those you are trying to reach; it can be hard to know if you are reaching people.

Getting the word out

A great place to start is by using the social media outlets that you use yourself. You are likely already familiar with the territory and will know where your work will be most appreciated. Posting links to your writing can be the best way to build your audience, but each social media platform has its unique quirks that may help or hinder your progress. Social networks can use one of two basic categories to notify users of your content after you post it—“Push” media and “Pull” media. Push systems will notify users when you post about your content while Pull systems will make your information available when people actively go looking for content. These two function very differently and have their own challenges if you want to use them well.

Facebook is the best example I know of a Push system. Facebook has a notification system that will tell you about new posts on friends’ timelines and any of your groups. This is one of those mixed blessings of Push systems. Let’s say you have 200 or so friends on Facebook and you are a member of five or more groups that would have an interest in your topic. If you post a link on your personal timeline and all of your groups, there is a pretty good chance that the people you interact with most will be notified five or six times about the same content (if they are also in your groups). That can be annoying. Try to find a balance that allows you to notify everyone without spamming people and turning them off to your content. The best way I have found to deal with this problem is to stagger your posts. Don’t post everywhere at the same time. If you leave a few hours or even a few days between posts to your various places, the notifications will feel more like reminders than spam. Be careful on any social media platform that uses Push notifications.

Pull systems can be a little more polite. Setting up an email list to notify users can let you control how often your audience hears from you. Rather than pushing notifications each time you post new content, mail lists let you send announcements on a schedule, such as weekly or twice each month. However you choose to notify your audience of new content, the most important thing is to be considerate enough not to be annoying while still being persistent enough to be heard on a crowded internet.

Metrics are numerical ways to measure how many people are reading or at least accessing your content. It can be trickier than you might think to get to numbers that really reflect your audience. Let me share part of my own story as an example.

I published on a commercial website for six years. That site used a programming framework that included a measuring system that is pretty sophisticated. A user would have to open one of my posts for a predetermined amount of time to count as having read that content. It wasn’t just a “just clicking on the link counts as read” model; you would actually have to spend a bit of time there to indicate you read it. So the website itself would give me a fairly accurate accounting for how many times a piece of content was read on a daily, weekly, monthly, or overall basis. It wasn’t perfect because it would not account for users who could download the content to read later.

I did most of my promotion on Facebook. Facebook offers two primary metrics to estimate engagement with a post. “Likes” are a user vote to say they like the post you put on Facebook. It’s important to keep in mind that a like doesn’t necessarily mean that the user has read your content. In fact, most of the time the number of likes a post would get far exceeded the actual number of reads reported by the site I posted on. The second metric is “shares”; that would be the number of times a user reposted my content to other areas of Facebook. For me, the number of shares was often a better indicator of how well a post was being received. It’s not a one-to-one ratio (i.e., one share does not equal one read) but more shares generally means more reads as reported by my website.

The bottom line is that it can be hard to get exact numbers. I found it difficult to know with any certainty just how many people were reading my posts. I have found that it is better to focus on trends in all of your metrics rather than looking at individual numbers. In other words, I would be more concerned that my metrics were trending upward over the last few posts rather than worrying that the last post didn’t get 350 reads in the first day. Try to keep your numbers moving generally upward and don’t be too concerned with individual dips or spikes in your metrics.

Feedback: This is the internet, wear a helmet.

Publishing on the internet is not for the thin-skinned. Anyone who has used social media to even a small degree has likely seen first hand how comments can go from engaging to caustic in a matter of a few words. For a variety of reasons, comment sections on social media and even in comments left on your own website can be hurtful to the point of vicious. While I wish the world were only populated by considerate and reasonable people, that just doesn’t seem to be the case. So be prepared for scathing criticism from all kinds of people, scholars and crazies alike. The best you can do is mitigate how the comments affect you.

Here are a few tips that I use to deal with difficult comments:

So, that’s it. Writing, publishing, promoting, and dealing with the feedback as you share your thoughts and ideas on the internet. It’s not complicated but it’s not really easy either. There are plenty of traps to fall into but, if you are careful and think things through, you can have a long and pleasant run publishing on the internet. I have met some great people through my writing and I have learned a great deal from feedback and comments. The biggest lesson to remember for me has been that “the internet never forgets.” What you put out there will last a good long time and it may well be what people judge you by, so do your best work and present your best self.

Eric Brad is dog lover, dog trainer, and writer living and working in Victoria, British Columbia Canada. Eric advocates science based training and a modern approach to working with dogs based on rewarding behaviours by working with clients and through his Canine Nation articles and podcasts.