Working With Cats After the Camp Fire 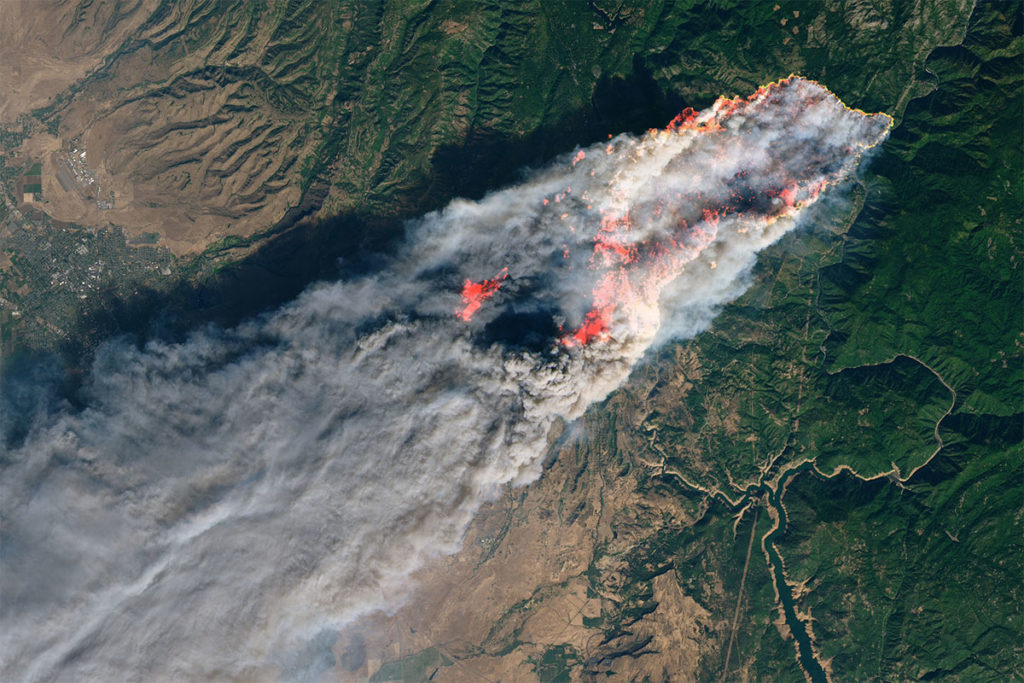 In times of social isolation, Laughter can be the shortest distance between two people.

Under the current pandemic crisis, I am reminded that the best resilience is built through humor. Although I lost my full-time employment to social distancing ordinances, I am hoping these shifts will bring lasting positive change to my career and to society at large. I am using the current increase in free time to gather virtual consulting experience and work toward accreditation as a certified applied animal behaviorist. Importantly, I am learning more every day of the humorous lessons our animal companions teach us. My goals are to receive mentoring and better mentor others through the IAABC, and when the pandemic eases, to offer public classes on feline behavior through the local humane society. I wish to see troublesome cats stay in loving homes and to resume finding lost cats after wildfires. I’ve learned from Pi, my own troublesome cat, and I’ve learned just as much from fire cats whose names I never learned.

Mentors slip into our lives in various forms. When we’re able to recognize their proffered wisdom, we can reshape our direction with solid guidance. Like a river twisting through hardy canyon walls, an experienced guide can point out the upcoming bends in our own life course. I’ve learned to seek out and listen to mentors over the years, and have found myself flowing easily forward, often with new perspective on the steep walls that seem to surround me.

I’ve been fortunate to have many mentors who have shaped my life journey. Some mentors were feline, some canine, but most all were human. Pi came into my life a year after college, a confident, charismatic and exotic F2 chausie mix. Pi is a wildcat kitten bred by a neighbor attempting a double cross of Asian leopard cats and African jungle cats back into domestics, with the eventual goal of creating a “California-legal,” 99%-wild felid. Not knowing better about cat breeding at the time, and never having had a cat of my very own, I felt like the fictional character Pi Patel from Life of Pi: stuck in a life raft on the Atlantic with a Bengal tiger. We’ve been together for 14 years and nearly uncountable adventures since his fateful adoption. Like the Life of Pi tiger, my own Pi rafted the Yellowstone River with me, has his own active Facebook following, and — I recently discovered — is an astonishingly gentle and nurturing foster to orphaned kittens.

I first knew I wanted to learn more about the science of cat behavior when returning from a two-month African research trip. This trip blended my love of science and pursuing adventure but marooned my 4-year-old cat at home with a work colleague. In that period, the housecat had broken a window, a TV, a perfect record of litterbox use, and a roommate’s temper. Further, he’d mastered the art of escaping and gained several pounds and several more enemies.

Pi earned cat burglar status that summer. On his escapades, Pi had learned that all of the door levers in our apartment complex opened with the same downward paw swipe (unless deadbolted shut). Some of these apartments had other cats and — importantly — cat food of much higher value and interest than my low calorie, healthy offerings. He would check the deadbolt on the inside of our apartment door and break out within minutes of a lapse in vigilance. He’d then turn his paws toward exploring my neighbors’ homes, intimidate their housecats, and refuse to leave the source of their exceptionally delicious food. He’d swipe at anyone who tried to forcibly remove him, and his growing weight (from the added calories of his escapades) made the prospect of facing him increasingly frightening. He became a nuisance, and Animal Control routinely visited our neighborhood to pin sticky little red warnings to our door. They knew Pi well, and soon any call for a “large black cat” brought Animal Control to our neighborhood. The warnings were generally the same (“keep your cat indoors”) but had escalated in tone and severity over the years (“your cat is a public nuisance and is to remain under house quarantine”). We were clearly at a crisis point.

When Pi was still an adorable rowdy kitten, I’d made a commitment to keep this creature happy and healthy for his entire life. It was a commitment that often defied practical logic and that some criticized due to his exotic breeding and the breeder’s intentions. I understand these concerns more fully every year, but remain dedicated. In every interaction with Animal Control, I kept a high standard of respect, transparency, and even eager optimism regarding their requests. Perhaps due to this professionalism, Animal Control worked with me to understand both feline behavior and neighborhood behavior toward our escaped housecat companions. Animal Control mentored me through a very troubled time with Pi.

Unfortunately, my next interaction with an Animal Control agency was under worse conditions. On November 8, 2018, smoke from the devastating Camp Fire in Paradise began pouring into our Reno, Nevada, home. We had relocated, and although I lived 150 miles from the wildfire, I knew immediately that this would be a catastrophe requiring experienced volunteers. Just days after the Camp Fire, I headed toward Paradise and parked outside the main operations for animal rescue. As a prior veterinary technician, I was put to work organizing supplies, intaking terrified animals, and cleaning the burn wounds of sedated cats. Butte County Animal Control was so overwhelmed with animals that available volunteers ended up working 22-hour shifts as long as we were on scene. Although the critical care shelter had over 1,000 animals, most days there were only two veterinarians and two veterinary technicians. Two weeks after the fire, Animal Control’s official word to the community was that “no more animals have survived in Paradise.” The community members were devastated, and the prospect of searching the ashes for their pets was completely overwhelming.

Feeling the urgency, I returned to Paradise nearly every weekend for the two months after the fire. Personally, I witnessed dozens of animals — cats in particular — who were brought into clinics several weeks after the fire. My life was touched by hundreds of “fire cat” survivors and their reunification with owners. Two weeks after the fire, I found myself behind the evacuation lines in Paradise helping to trap housecats who had survived the inferno and ensuing weeks in the wild. We found singed, starved and traumatized cats hiding in burned out camper van shells, melted car chassis, drainage ditches, and fireplaces that were the only standing remnants amongst absolute devastation. While browsing the rubble, I’d see faded, red notes from Animal Control — so similar to those left on my front door years ago — left on signposts (often still bizarrely standing) proclaiming that animal remains had been removed from the premises. However, often cats could be found within several hundred feet of their home, although no buildings were left standing for several blocks in all directions. I wondered how many pets would be found and how many more pets would be presumed dead.

I learned to recognize the difference between a feral cat’s silence in a trap and a domestic cat’s hungry meowing. I learned the satisfaction of seeing a Paradise survivor reunited with their lost pet, often the only “thing” left to them from Paradise. My interactions with Animal Control remained respectful, transparent, helping, and optimistic. However, I was increasingly worried about the official stance that there were “no surviving animals,” and was surprised when rescue operations were halted only weeks after the fire. Unofficial rescue operations continue in Paradise and neighboring Magalia to this day. The most recent fire cat rescue and reunification happened over 300 days after the Camp Fire.

After every weekend in Paradise, I’d return home to my own cats. I’d bury my weeping eyes in their fur, hoping they’d only ever know lives as housecats, and would never experience a disaster or homelessness. I felt so lucky to have my cats curled up with me for warmth through the winter, and wanted the same for all of the human survivors of the Camp Fire.

Just as flames eventually burn through their fuel source, and even the tree roots no longer harbor burning embers, so too has my perspective on the Paradise fire cooled and clarified into a guiding passion. During the fast-changing crisis currently facing the world, I believe lessons from disaster rescue will make me a resilient animal behaviorist, and I would like the opportunity to learn the skillset required to help people individually with their own animals.