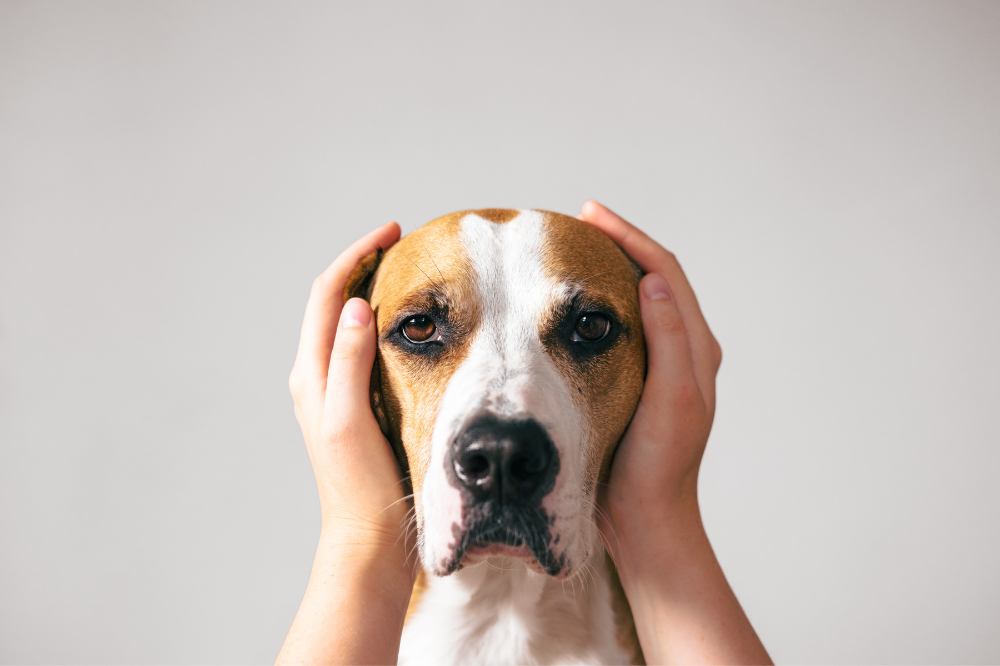 Summary: Individual animals cope with stress in different ways. This article looks at neurobiological models for different styles of coping with stress, and how understanding an individual’s stress coping style could factor into the development of a behavioral intervention for that individual.

There is a growing body of evidence that understanding and facilitating an individual animal’s innate stress coping style may decrease stress and improve resilience.1,2 Furthermore, the interplay between coping style and learning may be an important factor in an animal’s resilience in the face of aversive stimuli.1,3,4 This is especially of interest because the absence emotional resilience, or an individual’s inability to adapt to stressful situations, has been linked with susceptibility to a variety of illnesses, such as depression and anxiety.4 A low threshold for uncertainty has been identified as a risk factor for depression and is indicative of low emotional resilience, whereas high emotional resilience has been associated with decreased fear activation and increased neuroplasticity.5 But what are innate stress coping styles and how can we facilitate them? This review will discuss a proposed model for individual variation in behavioral and physiological responses to stress,6,7 as well as the potential implications of this model in the development of behavior management and behavior modification strategies.

Innate stress coping styles aid individuals in overcoming stressful events.6 A stressor is any stimulus, acute or chronic, that activates the hypothalamic-pituitary-adrenal (HPA) axis to disrupt homeostasis8. This activation results in elevated levels of cortisol, a stress biomarker. Stressors may be physical, psychological, or social, and prolonged stress or an inability to cope is often deleterious to the individual’s health.6 Coping is the behavioral and physiological effort required to overcome a stressor, the success of which depends on the stressor’s controllability and predictability. Innate stress coping styles evolved as situation-dependent, general adaptive response patterns toward everyday challenges in an individual’s natural environment. These behavioral and physiological stress responses attempt to reestablish homeostasis, are consistent over time, and are characteristic to a group of individuals.

Behavioral flexibility is a broad term covering a wide range of behaviors with varying etiology.11 In the context of innate stress coping styles, it refers to an individual’s ability to shift their attentional set, as well as their level of inhibition and impulse control. Increased behavioral flexibility, such as that seen with reactive coping styles, is associated with improved learning, particularly in facilitating extinction.12 However, this improved learning appears strongest with aversive conditioning.9 Zebrafish (Danio rerio) exhibiting a reactive coping style displayed faster rates of fear learning with longer retention of the fear memory compared to those exhibiting a proactive coping style. This resilient fear memory may be a result of an increased perception of threat, thereby causing the aversive stimuli to be encoded faster. Likewise, reactive zebrafish experienced significantly faster cortisol release rates and took twice as long as proactive zebrafish to return to baseline levels after experiencing novel and physical stressors.13,14

Measuring cortisol is often used to determine stress levels.2,8,13,14 A drawback to measuring cortisol is that it reflects HPA axis activity, which in turn reflects overall arousal regardless of if the stimulus is intrinsically pleasurable or aversive.16 Therefore, measuring cortisol may not provide a complete representation of an animal’s stress level. As an alternative to cortisol, there is increasing evidence for the use of secretory immunoglobulin A (SIgA) as a noninvasive stress biomarker in animal welfare studies.

SIgA prevents respiratory pathogens from penetrating the epithelial walls at mucosal sites and inhibited SIgA is associated with increased incidences of upper respiratory infection (URI) in humans and domestic cats (Felis catus).17 Lower concentrations of SIgA are also associated with prolonged exposure to psychological or physical stress, whereas higher concentrations have been observed in animals displaying behaviors indicative of good welfare.16

In one study on stress in newly sheltered cats, researchers measured fecal cortisol and SIgA levels and observed three groups of behaviors.17 The first group of behaviors was characteristic of a reactive coping style and included behaviors such as hiding, freezing, and startling. The second group was characteristic of a proactive coping style and included persistent meowing, scanning, attempts to escape, and redirected aggression. The third group included normal patterns of feeding, grooming, sleeping, and locomotion, indicative of a fully relaxed animal.

Cats exhibiting behaviors in the first two groups experienced decreased levels of SIgA, putting them at a higher risk for contracting a URI.17 Fecal cortisol levels were not significantly different between the three groups. Researchers hypothesized that because stress is a physiological response to any change or demand on the body (positive, negative, or neutral), the cortisol levels in the fully relaxed cats may have been a result of increased physical activity and anticipation of positive stimuli (e.g., food or attention from humans).16,17

Although evidence supports the use of cortisol and SIgA as a measurement of stress levels, it is difficult to physiologically determine an individual’s innate stress coping style in response to a given stimulus without the use of invasive measures or access to scientific equipment. Researchers have made strides in identifying behavioral assays to noninvasively determine an animal’s coping style. Proactive and reactive zebrafish were identified by the order in which they entered a novel environment.13 Reactive zebrafish were also reliably identified by the amount of time spent stationary.18,19 Coping styles in rats were determined by gently restraining them on their backs and recording the number of times they attempted to escape.1,4

In a study of domestic cats, guardian-reported personality traits were consistent with observed behaviors during confinement and the expected physiological responses based on perceived coping style.8 Reactive cats were described as shy, calm, mellow, and timid with strangers; proactive cats were described as active, playful with people, social with strangers and familiar people, curious, easygoing, and needy.

Understanding how behavioral flexibility, which is associated with reactive coping styles,6 and enrichment affect learning may lead to the development of more efficacious behavior management strategies. As previously discussed, behavioral flexibility is associated with improved learning by facilitating extinction.12 It does this through the formation of an inhibitory memory; however, the original conditioned memory is not erased during extinction. Because both the inhibitory extinction memory and the original conditioned memory exist after extinction, spatial context is critical in determining which memory will be retrieved in a novel context.21 Contextual information is encoded during learning and used to gate future memory retrieval by inhibiting the fear response.21,22 These inhibitory extinction memories are inhibited by chronic stress and enhanced by exposure to enriched environments.21

Enrichment affects contextual modulation of fear memories in rats and predominates over the reduced fear renewal caused by stress.21 Rats exposed to an enriched environment displayed reduced fear conditioning and reduced fear renewal during re-exposure to a conditioned stimulus.22,23 The enriched rats also exhibited an increased ability to process contextual information, discriminating between conditioned and neutral contexts in fewer sessions than non-enriched rats.

In addition to enrichment, effort-based rewards (EBR) training has been shown to enhance persistence and resilience in rats.1,3,4EBR-trained rats earned a food reward by expending physical effort (i.e., digging to retrieve the reward), whereas non-EBR-trained rats received a food reward regardless of what they did.1 When presented with a novel food puzzle, the EBR-trained rats persisted significantly longer than the non-EBR-trained rats. While this study did not distinguish between coping styles, a later study from the same lab found that EBR training had a stronger impact on behavioral responses compared to coping style.4 In another study using the EBR protocol, rats exhibiting a flexible coping style had the most adaptive stress hormone ratios, suggesting a high level of stress resilience, but this advantage seemingly disappeared when the flexible coping rats were placed in the non-EBR-trained group.3

The ability to identify an individual animal’s coping style in a given context can be an invaluable tool for informing behavior management decisions. However, it is important to be mindful of the situation-dependent nature of coping styles.6 The innate stress coping style model is only one factor when taking a history and developing a behavior management or modification plan. In addition to the perceived coping style, behavior consultants should take into account other factors such as trigger stacking, contingency history, etc.

Potential behaviors and guardian-reported personality traits indicative of a reactive coping style include, but are not limited to: shy, mellow, timid, hiding, freezing, startling, frequent physical contact with guardian, and frequent referential gazing.8,9,17,19,20Chronic stress has been shown to impede learning in multiple species.24 Therefore, while EBR may be effective in reducing stress,1,3,4 it is likely to be more successful as a secondary approach. Behavior consultants should consider first providing a safe place to hide, such as a hide box for a cat or a covered crate for a dog, as these are likely to reduce stress in an animal with a reactive coping style.2 Facilitating the reactive coping style by providing opportunities for the animal to be in control of their environment, such as the ability to choose to hide or training a consent behavior,25 is likely to result in an increased ability to learn, which can then be paired with EBR.

Potential behaviors and guardian-reported personality traits indicative of a proactive coping style include, but are not limited to: persistent vocalizations, attempts to escape, redirected aggression, active, playful with people, social with strangers and familiar people, curious, easygoing, needy, and exploratory sniffing and digging.8,9,17,19,20 Behavior consultants can facilitate the proactive coping style by providing opportunities to move and explore through intentional sniffing exercises, such as a sniff walk or treat toss, or playing a “find it” game. While these exercises are easily applied to dogs, they are also applicable to other species including cats.26

The tendency to move, whether toward or away from a stimulus (e.g., fight or flight), is a hallmark of the proactive coping style.6In the event this presents as an undesirable behavior, behavior consultants may consider using mat work to create a strong positive association with a stationary location. For example, a dog attempts to escape when the front door is opened. The behavior consultant may train the dog to move to a mat away from the door when the door opens. The dog’s movement facilitates their proactive coping style, while also reinforcing an incompatible behavior (i.e., the dog can’t rush the door if they are going to their mat).

While there appears to be a great deal of overlap in coping style-specific behaviors across species,6,7 further research is needed to determine the prevalence and specificity of coping style-specific behaviors in individual species. Much of the current body of evidence exists in vitro (in the lab). Additional research is needed to determine the permanency and persistence of innate stress coping styles across different stimuli and species in situ (in natural conditions). Current research is especially limited in pet species such as cats, dogs, and horses (Equus caballus). This is not intended to be a finely tuned protocol, but rather a different lens from which to view an animal’s behaviors. The innate stress coping style model is another tool in the behavior consultant’s repertoire.