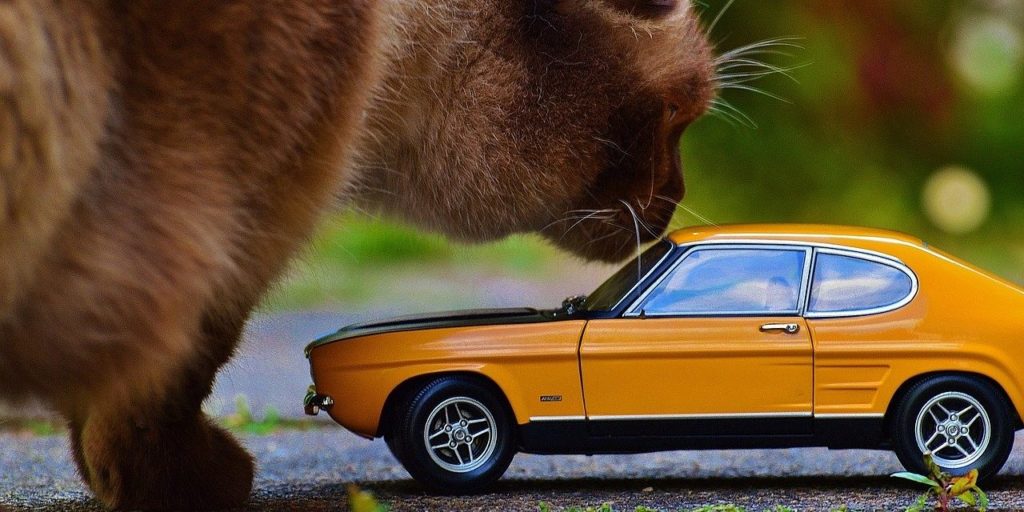 Veterinarians must do the impossible to preserve the physical and emotional health of their patients. Advising owners on how to transport their pets in a vehicle is essential, since it is common for dogs and cats to travel for clinical consultation by car, where if the owner does not take the necessary precautions, pets can suffer injuries of different severity, and even die, in the case of a collision.

A question that shouldn’t be missed during the collection of the medical history is “How does the patient behave at home and during exits, such as walks on public roads or during car rides?” Regarding the latter, it is necessary to find out if inside the vehicle, they travel loose (sitting, lying down, or wandering from one side to the other), in the arms of the owner, held by a seatbelt, or in a carrier anchored safely in the passenger compartment. Both the last options are correct and essential to avoid, in an abrupt stop, the animal getting injured and/or hurting others, depending on the speed of movement of the car and the suddenness of the deceleration.

We must consider that what is inside a moving car: people, animals, objects, etc.. Regardless of what the item is, it is moving with the car at the same speed; If it stops abruptly, anything that is not correctly fastened will follow the path forward and collide with the first thing that it encounters. Thus, the unrestrained object or individual will hit hard on the dashboard or the windshield of the car, or the person sitting in the front seat, resulting in more or less serious consequences for themselves and others, according to their size and driving speed. If the door is opened by the impact, or the vehicle is running with the windows down, those who are not fastened can be thrown outside, which increases the possibility of death when hitting the ground by six-fold.

Representing the aforementioned in numbers, if the car runs at 60 km/hour, speed allowed on avenues in the Autonomous City of Buenos Aires, and collides sharply against a stopped obstacle, a violent and instantaneous deceleration occurs, but what is inside without restraint continues to move at that speed with a force equivalent to approximately 56 times its weight. Considering the typical weight of companion animals, one weighing 5 kg that travels loose in the car will be projected forward with a force equivalent to 283 kg; one of 10 kg at 567 kg; one of 17 kg at 850 kg; and one of 20kg at 1 ton. So, it is important to take precautions to minimize the consequences in case of a traffic accident.

Another interesting fact cited in specialized publications on the subject is that 70% of car accidents occur on short trips, less than 15 km from the home and when the car is moving at slow speed. This happens because the short trip leads to the driver not taking preventive measures; the “It doesn’t matter, we’re just going over there” thought can be fatal since, according to various studies, a crash at 50 km/h without being fastened has consequences similar to a fall from a fourth floor.

When driving through the streets of the city I frequently observe dogs or cats resting on the rear window of the car, which surely impedes the visibility of the driver; I see others standing or lying on the driver’s or passenger’s lap. Although it is assumed that the animal is safe between the arms of the person, at the time of a crash it is instinctive to release the animal to protect oneself, therefore facilitating them being thrown out by the impact and getting injured.

I also see dogs poking their heads through the window or moving restlessly from one side to the other, even pouncing on the window while barking at strange people or other dogs, which creates discomfort and distraction to the driver of the vehicle. This, coupled with the absence of proper containment that protects them during sudden braking, leads any driving maneuver to have potentially fatal consequences.

Therefore it is essential that people and pets always travel secured by the seatbelt, which, in the case of large dogs, must be strong enough to support them from the harness, never the collar, without breaking during the collision. If an animal is inside a carrier, it must be secured to the seat by means of the vehicle’s safety strap to avoid its displacement. If the car is a minivan and you want pets to travel in the back, it is advisable to use nets, or securely fasten pets to the vehicle’s attachment points.

It should also be considered that a loose animal inside the vehicle distracts the driver with their movements, and can make the person feel the need to hold or restrain the animal during a braking maneuver, for which they must release the steering wheel, further diverting the driver’s attention; the same happens if the pet moves between the feet and the pedals. In both cases, if someone or something suddenly crosses in front of the car it is possible that an accident would occur due to the impossibility of reacting in a timely manner to avoid it.

If the animal is generally well-adjusted, they can easily learn to travel calmly and restrained or inside a carrier, which must always remain fastened, and it’s ideal to habituate them as puppies. If they’re traveling with a seatbelt, it is also important to teach them to wait for permission to get out of the car to avoid releasing them and having them rush out of the car, cross the street, and cause a traffic accident.

If during a trip in a vehicle the dog or cat shows vomiting, nausea, panting, nasal secretion, fears, tremors, vocalization, or defecation or urination, or the animal is restless, hyperactive, reluctant to get up into or down out of the car, or aggressive during the trip, the ethological clinical examination is essential to assess their behavior, arrive at the diagnosis of the cause of the cited signs, and design a treatment plan appropriate to the patient in order to maximize their well-being, and that of the other occupants of a vehicle in motion.

A car trip can start and end well or badly; animals should never travel loose regardless of their age and size.

As I stated earlier, taking care of the patient’s life inside and outside the office is important for your client, and the importance of means of transport should not be underestimated. Advising the client on how to do this safely, and how to teach the pet to behave well during the aforementioned and in daily life, ensures satisfaction and preserves the patient.

A serious injury carries expenses, but the most important thing is that a life, whoever’s it is, has an immeasurable value.

(Translated from Spanish by Manuel Tenchio)