Training Bite Inhibition in the Dark 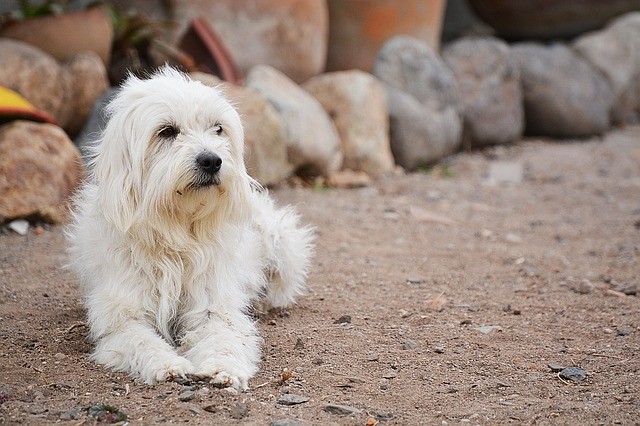 The idea that, through certain socialization protocols, we can train a dog as a youngster to inhibit its bite as an adult is the foundation for many aspects of living with dogs: When we choose to take puppies from their mother, how we socialize them the first 16 weeks, puppy class curriculum that includes puppy playtime, attendance in dog day-cares, etc. There is public opinion that a dog who is aggressive towards other dogs is more likely to be aggressive towards people, and the opposite—that dogs who are friendly or social with other dogs are safer, and not aggressive towards humans.

If the foundation for puppy play during puppy classes is to “learn bite inhibition,” we need to know if that is actually what we are teaching. The idea was popularized by Ian Dunbar, who says that “teaching bite inhibition is the most important aspect of a puppy’s entire education.” Dunbar is credited with the idea that owners should take their puppies to classes where they can play with other puppies off leash before they are six months old. This, Dunbar claims, will diminish problem behaviors in them when they become adults.

Popular opinions on training bite inhibition are overwhelmingly in support of Dunbar’s claim, that teaching dogs to control the force of their bite as a young puppy will make them bite with less force as adult dogs if they choose to bite. See, for example, the ASPCA website, this handout from Open Paw, books about clicker training, and articles by many authors including Pat Miller and Kari Bastyr.

What teaches a dog to have bite inhibition? Common answers include:

There is no research to suggest that any of this is true. In fact, if we made this statement about any other behavior it would sound wrong.

What is a bite and can it be taught?

As a thought experiment, I separated behaviors we teach dogs into two categories: Behaviors dogs would do without our intervention (A) and behaviors they would not do without our intervention (B). Examples of A behaviors would be running, walking, jumping, scratching, etc. Examples of B behaviors would be handstands, blowing bubbles in water, and leading a blind person around town. Since all dogs (and all animals) including wild, feral and abused animals of every species demonstrate bite-inhibition towards other animals and people, I consider it an A behavior.

Within the behaviors that we are able to train, we generally understand that we are putting behaviors the dog already has the ability to do on cue. We are saying that we can train a dog when to do something, not how to do something—that we teach dogs the positioning and the timing of behaviors but we do not teach them the behaviors themselves. So, is it possible to put the positioning and timing of the force of a dog’s bite on cue? Yes, of course. We can train a dog when and where to inhibit its bite, but we cannot train a dog to inhibit its bite because they are born with the ability, both genetically and physically.

This point, that we can cue behaviors but not generate them from nothing, means that bite inhibition training by the popular definition is basically the idea that you can put the force or pressure of a dog’s bite under complete stimulus control. However, there is simply no evidence to support this. Furthermore, I believe that any experiment presenting the evidence would be unethical, as it would require researchers to raise puppies just to purposely cause pain to them as adults in order to test the force of their bite.

There is evidence, however, that regardless of all factors related to puppy raising and treatment, the overwhelming majority of dogs inhibit their bites when they do bite. Out of the 4.1 million dog bites reported on average each year in the U.S., only 850,000 of them received medical attention, with an average of 35 people dying from their injuries. This data suggests that regardless of how a puppy is raised, adult dogs inhibit their bites when they feel afraid, threatened or in pain.

Why inhibit a bite?

What is the function of an inhibited bite? They are ritualistic, or display behaviors, usually part of a sequence or series of behaviors. More specifically, bite-inhibition is antagonistic play behavior, or play fighting. Inhibiting aggression allows all animals to avoid confrontations and solve disputes with as little injury to one another as possible.

One researcher concluded that play-fighting among puppies (littermates) during the sensitive phase of development is how dogs acquired species identification (filial, fraternal and sexual imprinting). Nothing in the research suggests that the puppies learned to inhibit their bites through play-fighting. In fact, being able to inhibit their bites was a precursor to being able to play-fight. It was the fact that puppies already had bite inhibition which allowed the play-fighting to influence species identification. This suggests that bite inhibition is either learned directly from the mother in the first three weeks or that it is an innate behavior.

The influence we do have on the development of a puppy’s behavior needs to safeguard against aggressive behavior in the adult dog, and I am not convinced that current puppy play in group classes is doing that. Puppies should not be taught that once a week they will be let go from their leashes to run wildly around slick floors and crash into other objects and puppies, only then to be asked to settle down and focus on a lesson, all in the span of sixty minutes. The basics of training during the 8-16 week period should expose the puppy to the set of expectations that will rule the adult dog’s life. Whatever the owner is going to ask for in the adult dog is what the puppy should be practicing during the critical time period.  No research suggests that dogs who don’t play with groups of strange dogs grow up to be poorly adjusted, have poor welfare, or are more likely to suffer from behavioral challenges. In fact, quite a few trainers and breeders have pointed out that over-play, over-stimulation, over-exposure to dog-dog play during puppyhood is going to lead to over-arousal, frustration and excitability in the adult dog.  Since over-arousal and frustration often lead to over reactivity and aggression, skipping stranger puppy play is worth the consideration.

What do we really know about bite inhibition?

Aggression is expressed as a continuum of behaviors which include growling, snarking, barking, baring teeth, chasing, snapping and biting with attack behavior exhibited reluctantly by healthy canids, as a last resort. This reluctance is referred to as bite inhibition, a learned response in which the canid inhibits the full force of (its) biting ability. Individuals that have learned bite inhibition display it during play and even while engaging in a fight with another individual, affording pack members the ability to settle conflict without inflicting life-limiting injury to each other. The domestic dog has retained many of the behavioral patterns of the ancestral wolf, although the process of selecting for protectiveness in the development of guarding breeds may have exaggerated their agonistic behavior.

Most of the research referenced on a dog’s ability for bite inhibition has to do with genetics. Lockwood pointed out that some breeds of domestic dogs are less inclined to inhibit their bites than others because the traits were highly desired during the breeding process.  Breeds that are seen more aggressive by society are generally the same dogs used in bite sports, the military, private protection and police work.

More recent research by Dr. Ellis and her team have confirmed the idea that certain breeds are able to bite with more force than others. Through a televised experiment with National Geographic they were able to measure and confirm that the size of the animal and the shape of its jaw predicted bite strength. The larger the dog and the dog’s head, and the wider the jaw, the higher the bite force turned out to be.

It’s worth stating that throughout all the studies I examined, I repeatedly found statements from researchers that the variables between individual breeds is far too great to be helpful. For example, in Genetics and Social Behavior of the Dog, Scott and Fuller state that

“Even within purpose-bred pure breeds, however, there is a considerable variation in behavioral traits. Within a breed, some strains or lineages may be more predisposed to antagonistic behavior than others, but genetic background alone is not predictive of the agonistic behavioral response of individual animals.”

In her comparison of the sensory development of domestic dogs and wolves, Kathryn Lord concludes that “Substantial individual and breed differences exists in the precise timing and quality of the socialization process.”

The strong influence of breed on behavior was true for many clusters of behavior considered to be related to bite inhibition as well, such as aggression, biddability, shyness, boldness and so on.  This leads me to believe that not only is genetics responsible for more qualities than we think, but that a study done on one breed may not give us insight into another breed.  This could be true not only for behavior, but for behavior modification medications and treatments too.

What should we change?

Bite inhibition training gives the public the impression that dogs who play with other dogs as puppies are safer towards humans as adult dogs and that simply has no evidence to support it. Meanwhile, loads of time is being spent on dog-dog interaction throughout a dog’s entire life with unintended consequences. Valuable time in puppy classes are being spent on the social aspect of puppy play when research suggests that the time for that peaks at 7 weeks, before most puppies are enrolled in class.

Until further studies have been completed, it is my conclusion that we are in the dark. The topic of bite inhibition should not be brought into a puppy class curriculum. Owners should be taught that all dogs can bite with the full force of their physical ability and that nothing we know can fully predict that they never will, which is why lowering fear and stress, and respecting lower-level aggressive behavior such as growling is vital to reducing the numbers of dog bites. All owners should be taught the signs of antagonistic dog behavior and practice proper socialization and exposure to all aspects of human-life with their puppies. Until there is evidence to support its benefits, puppy play should be eliminated from class time and owners should be taught how to find appropriate, tolerant and adult dogs—ideally that are likely to be in the puppy’s life regularly—for their puppy to socialize with.

Kama Brown, CPDT-KA has been working with dogs since 2003 in St. Louis, MO. She teaches classes for competitive dog sports and overly-reactive dogs and is a failed foster mom to three big, black dogs. She spends her weekends promoting enrichment and scent games and can be reached at contact@forstadog.com.