Why Do We Train Sit? Should We Reconsider Its Relevance? 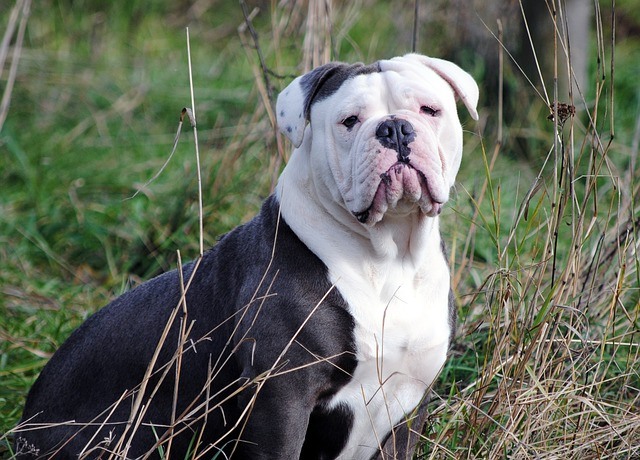 As far as I can tell, training a dog to sit originated in regulations formed for competition obedience around the 1920s. Before then, dogs were primarily used for sporting and herding, or were shown in conformation trials, and a sit was not often trained.

Unlike our pet dogs, dogs in an obedience ring are being asked to perform specific behaviors under controlled circumstances. The dogs have been previously introduced to the situation and trained to competency before being expected to perform the behavior.

Since the beginning of competitive obedience, training a dog to sit has manifested into an everyday interaction between dogs and their owners. Owners train their dogs to sit almost immediately upon bringing them home for the first time, and ask them multiple times a day to do it. Sit is taught in every obedience class, and owners are encouraged by professionals to ask the dog to sit in almost any context. The sit behavior never comes with contingencies as to when it is appropriate or when it is not; it’s considered an ideal “default behavior” in any situation. Very often, social interactions and access to reinforcements are dependent on the dog’s agreement not only to sit but to stay seated.

Training obedience behaviors to pet dogs as a means of controlling their behavior is an ethical decision. Whenever we train a behavior, it is important to determine how the behavior functions for the dog and whether asking for the behavior is appropriate in a given context, even if it is trained using positive methods. Before we teach a dog any behavior, we should determine the consequence of the behavior from the dog’s perspective. I believe we should be, as Kay Laurence put it in a recent seminar, “assisting the dog in being a dog. Positive training is about training normal dog behaviors by construction, not deconstructing unwanted behavior by suppression.”

Observing off-leash dog behavior tells us that dogs sit to observe, to rest, or to restrict access to their genitals. When non-fearful dogs greet, they stand. When dogs approach new objects, they walk over and stand to sniff them. When dogs anticipate anything, be it food, toys, chase, or a perceived threat, they stand. Almost always the first thing a dog will do after a click is stand to receive the reinforcement.

Dogs will choose to rise out of the sit position a great many times during their lifetime of training and social interactions. This means training sit as a duration entails suppressing a natural behavior—and that will take a lifetime of reinforcement.

Allowing other dogs or people to approach a dog on leash is going to elicit some behavior—welcome or not—out of any dog. If an owner has trained their dog to sit during social interactions, this generally implies the dog was doing something unwanted and that a sit behavior was intended to stop the unwanted behavior from happening. Training a sit is commonly used as a way to teach the dog an alternative behavior to jumping up, though it is also often used to stop a dog from sniffing, wiggling, standing, or barking.

Consider, though, that each of the dog’s behaviors is serving a function for the dog. A dog who is sniffing is gathering information, which is vital to its emotional response; barking is communication; jumping is distance reducing; wiggling is appeasement. Behaviors can have multiple emotional functions as well. If the consequence of these behaviors is serving the dog in any way, we must consider what will happen if we do not allow the dog to do them. What degree of these behaviors is going to be acceptable for the owner as well as functional for the dog?

If an alternative behavior is going to be chosen and trained, we must consider the function of that behavior for the dog. In the case of the sit behavior, I personally find that it is not appropriate for social greetings. From an ethical standpoint, often dogs would like the freedom to back away, even if just slightly; they are unable to do this while sitting. Most often dogs prefer to sniff people and dogs during greetings, and sniffing is physically easier while standing on all four legs.

What alternatives are there to teaching sit?

Asking the dog to choose between reinforcement their owner is offering, and filling their own emotional needs creates a conflict for the dog and risks devaluing the offered reinforcement. If moving out of a sit and standing instead is going to remove a reinforcement opportunity for the dog, but the dog must step backwards to relieve stress, the dog is not being offered a fair choice. Dogs should always have two reinforceable options: the choice to attend to the cue being given, and the choice to move away. I believe that reinforcing the dog for moving away, even just few steps, reduces fear-based emotional responses. Training “move away” as an alternative, baseline behavior should be a foundational exercise in handling and should be taught in all classes.

When giving dogs the power of choice during training, maintaining a strong cue response depends on managing the environment to help the dog succeed, and using resurgence to your advantage.
Resurgence is the recurrence of previously reinforced responding when current responding is no longer reinforced. This means, as Keller and Schoenfeld put it, that “If the present behavior is not capable of getting reinforcement, one reverts to older forms of response which that were once effective.”

If a cue has been taught previously and the dog is offering another behavior in its place, consistently reinforcing the first behavior chosen by the dog will—perhaps counter-intuitively—reduce frustration and errors in the future. This chosen behavior should not be reinforced by a click but with an acknowledgment of understanding and a pause in the training. This chosen behavior will become a plateau cue or a “landing zone” to begin again.

If the chosen behavior is ignored, dogs will continue to throw out behaviors until they have returned to what worked in puppyhood or until they are acknowledged. Even recently extinguished behaviors can come back in a phenomenon called regression. This is a minor issue for some behaviors, but it’s vitally important to recognize this pattern when aggressive behaviors are involved.

The basic principle behind creating this “landing zone” is to recognize when more is being asked than the dog is capable of; this is a sign that the handler should wait a few moments before trying again. Handlers should recognize, that when the dog is throwing out behaviors, they are doing so in a chronologically backwards manner. They are trying things that worked in the past.

We should always remember that behavior is a function of the environment, and the value of the behavior relates to what is of value in the environment. When dogs are routinely kept from experiencing the world through behaviors that function to their benefit, over-reactivity is inevitable.

Does learning to sit teach a dog self-control?

Psychologists would define self-control as an animal’s ability to regulate urges, to juggle competing goals, and to sustain attention on tasks. Even though research suggests that impulsivity can be the result of a reduction of serotonin in the brain rather than of, say, body position, it is still often advised that training dogs to maintain stationary positions such as sitting will elicit “calm polite behavior” or improve “impulse control.”

Some common examples of this type of training involve asking the dog to sit and wait for a cue before:
• Eating
• Jumping in and out of the car
• Exiting a crate
• Having a leash attached
• Playing tug

There is no research to suggest that a cued sit behavior changes the dog’s emotional state to calm. To add to this, recent data is now suggesting that self-control (in both humans and dogs) is a limited resource, and if it is spent in one situation, the dog has less of it to spend on tasks or undertakings that come afterwards. In one study by Miller et al., dogs were asked to do a series of tasks and evaluated on how focused they were on completing them. The researchers found that dogs whose first task was to hold a sit or down position while their owner left the room rapidly lost their focus and gave up subsequent tasks more quickly than dogs whose first task was to wait in a cage while their owner left the room. The study took it further by walking both sets of dogs into a room with an aggressive dog locked in a kennel. The set of dogs that had been asked to hold a sit and stay position for their first task were more than twice as likely to approach and engage in aggressive behavior with the caged dog as the group of dogs who only had to wait.

The first time I heard the idea that a dog could replace a sit behavior with a stand behavior during greetings, I became convinced that this was a more modern approach. I am proposing that dogs be allowed the opportunity to stand in all instances that training the sit behavior is currently being used. Standing is a superior option in that it serves a function for both the owner and the dog. Using resurgence and environmental control, owners can maintain a high rate of compliance with their dog’s training cues without putting them into conflict.

Kama Brown, CPDT-KA has been working with dogs since 2003 in St. Louis, MO. She teaches classes for competitive dog sports and overly-reactive dogs and is a failed foster mom to three big, black dogs. She spends her weekends promoting enrichment and scent games and can be reached at contact@forstadog.com.