The Effects of Environmental Enrichment on Dog Behaviour 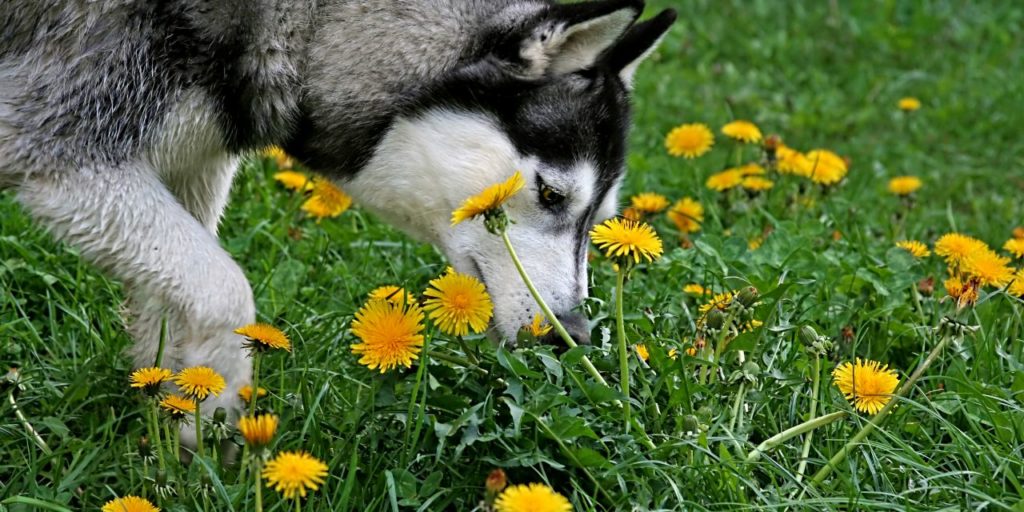 Environmental enrichment (EE) is a technique designed to enhance the quality of life of captive and domestic animals, by providing environmental stimuli to promote psychological and physiological well-being (Kogan et al., 2012; Tarou and Bashaw, 2007). In dogs, EE can be used as a standard part of husbandry across many environments including the home, kennels, and laboratories (Döring et al., 2016; Heath and Wilson, 2014; Herron et al., 2015; Pullen et al., 2012). EE can also provide benefits to species such as farm animals, companion animals, and zoo animals. For example, zoos provide puzzle feeders to primate species, sensory enrichment is provided to animals that hunt, and large balls are provided to elephants to promote play. Similarly, farm animals such as dairy cows and hens have shown positive interactions with EE. Dairy cows demonstrated more calming behaviours in the presence of mirrors (Piller et al., 1999), and providing items such as old CDs, balls, and empty boxes reduced fearfulness in laying hens (Brantsæter et al., 2017). While enrichment benefits both animals and those working with the animals, achieving the benefits can be highly dependent on sufficient resources (Tarou and Bashaw, 2007).

EE is used extensively to support the welfare of domestic dogs. Examples include providing food-based EE activities to military housed dogs and providing auditory stimulation to kenneled dogs in rehoming centres. Through EE, dogs are provided with choices, environmental changes, and cognitive challenges (Shepherdson, 2003). This has resulted in numerous reported benefits such as a reduction in stress behaviours, a decrease in stereotypic and abnormal behaviours, improved cognition, and reduced barking (Herron et al., 2015; Schipper et al., 2012, Shepherdson, 2003). An increase in relaxation behaviours (e.g., resting, lying down, sleeping) and a reduction in behaviors indicating alertness (e.g., sitting upright, looking around, ears pricked up) and stress (e.g., barking, excess panting, lip smacking) have been previously associated with improved welfare in kennel based EE studies (Wells and Hepper, 2000). However, the impacts of enrichment appear dependent upon the type of activity, the dog’s mental state, and previous experience. Despite the reported importance of EE for dog welfare, there is currently limited scientific evidence on the impact of individual types of EE items for dogs that are not permanently kenneled. To support the development of best practice guidance for clinicians, practitioners, and pet dog owners, we recently evaluated the impact of different EE items on the behaviour of dogs in an office environment.

This pilot study trialled seven EE activities that were either inanimate, animate, or a mixture of both. Animate enrichment involves another being (whether a human or conspecific companion) whilst inanimate enrichment involves no human or conspecific contact (e.g., feeding puzzles, soft toys, music, etc.) (Shepherdson, 2003). The term conspecific refers to an animal of the same species. The activities evaluated were: tug play with a handler (animate), conspecific play with a known individual (animate), bonding session with a handler (animate), a large playhouse to explore (animate and inanimate), a bubble machine with bacon-scented bubbles (inanimate), an interactive food toy (inanimate), and a stuffed food toy (inanimate). Ten dogs were housed in an office environment during the day whilst undertaking assistance dog training. In the evening and on weekends, dogs were boarded with volunteer families. Dogs received all seven EE activities twice on different days, with the EE activities provided in a randomised order. The behaviour of the dogs was video recorded and compared between pre- and post-enrichment activities. A list of behaviours to record was developed from a combination of previous observations of dogs in the same environment and related behaviours reported within the literature. Behaviours observed using continuous sampling were classified and then grouped as maintenance, play, locomotion, relaxation, alert, or stress behaviours, and the same observer was used for all observations. The behaviours included in the study were representative of natural behaviours and are widely used as proxy indicators of dog welfare (Wells and Hepper, 2000).

We monitored similar behaviours in the non-kennel environment and observed a similar effect, with each EE activity resulting in an increase in behaviours previously associated with positive welfare and a decrease in behaviours previously associated with negative welfare. The greatest average increases in relaxation behaviours were seen following conspecific play and the bacon bubble machine activities. The lowest increases were observed following the interactive toy and stuffed food toy activities (Figure 1).

Similar findings were observed for alert behaviours, with conspecific play and the bacon bubble machine resulting in the greatest reduction in alert behaviours, and the smallest reductions again found for the food-related EE activities (interactive food toy and stuffed food toy, Figure 2).

All EE activities resulted in a reduction in behaviours measured within this study that have previously been associated with signs of stress in dogs (including circling, pacing, excess panting, lip smacking, repeated yawning, tail between the legs, whining, and barking), . The largest reduction was produced by use of the playhouse and tug play activities and the smallest for the stuffed food toy (Figure 3).

This study demonstrated distinct differences in the effects on behaviour between the EE activities investigated. These results suggest that different EE activities can impact a dog’s welfare in varying ways. It is therefore important to encourage diversification of thinking in relation to EE provision for dogs, shifting common thinking of EE as one entity to instead consider EE in different categories. Within the literature, the most common types of enrichment used with dogs can often be categorised as either animate or inanimate (Shepherdson, 2003). Conspecific play (animate) and the playhouse (mixture of inanimate and animate) activities involved the greatest levels of physical activity, play, and social contact, which are known to be particularly important for dogs and are associated with improved welfare (Belpedio, 2010; Pullen et al., 2010; Wells, 2004; Wells and Hepper, 2000).

One potential reason for the lack of change in behaviours following the stuffed food toy could be that this activity was very familiar to the dogs. The current study did not examine the potential for habituation. However, literature has shown that introducing novel activities and rotation of enrichment reduces the decline in interest that can occur as a result of repeated exposure (Pullen et al., 2012;  Tarou and Bashaw, 2007, Taylor and Mills, 2007; Thompson, 2009). Indeed, the bacon bubble machine and the playhouse resulted in the greatest behaviour changes in our trial, and both activities were novel to the dogs.

Ultimately, the activities selected should be appropriate for the function and environment the dog is in. We suggest that the number and type of EE activities (inanimate or animate) should be rotated in order to achieve the maximum welfare benefits and to reduce any potential habituation. Future scientific research is needed to quantify the impact of habituation of individual activities in order to better support EE programme development by practitioners. EE should also be undertaken in a variety of locations (appropriate for the type of EE activity) as the change of environment adds further variation to the EE activity. It is also important to select EE that is dog-safe and of interest to the individual. If the EE is not presented appropriately or the dog is not interested in the activity, the benefits may be limited (Taylor and Mills, 2007). This presents a need for research examining the best methods of tailoring EE to the needs and interests of the individual such as through “choice tests.”

Results suggest that the welfare of dogs can be positively impacted by utilising a range of EE activities. EE should be considered essential for maintaining high standards of welfare and to support the physical and emotional needs of dogs. Based on the findings, it is recommended that play and novel EE be provided to dogs as part of every EE programme. However, these activities have the potential to lead to heightened excitement in some dogs, and therefore may not be appropriate if a dog is required to settle shortly following the EE. Findings from this trial could be relevant for dogs housed in a kennel environment, for working and assistance dogs, and for use by pet dog owners. To promote best EE practice, we would suggest that:

Döring, D., Haberland, B.E., Bauer, A., Dobenecker, B., Hack, R., Schmidt, J. & Erhard, M.H. (2016) Behavioral observations in dogs in 4 research facilities: Do they use their enrichment? Journal of veterinary behavior-clinical applications and research, 13, 55-62.

Becky Hunt has worked at one of the largest guide dog organisations in the world for the past three years specialising in dog behaviour research. Becky’s work provides scientifically valid evidence to support dog welfare and best practice in operations.

Helen Whiteside, Oxon MA, PhD has spent over a decade working in the third sector carrying out research to support dog welfare and championing an evidence-based approach. Helen currently heads the research department at one of the largest guide dog organisations in the world providing expertise in dog behaviour and research.