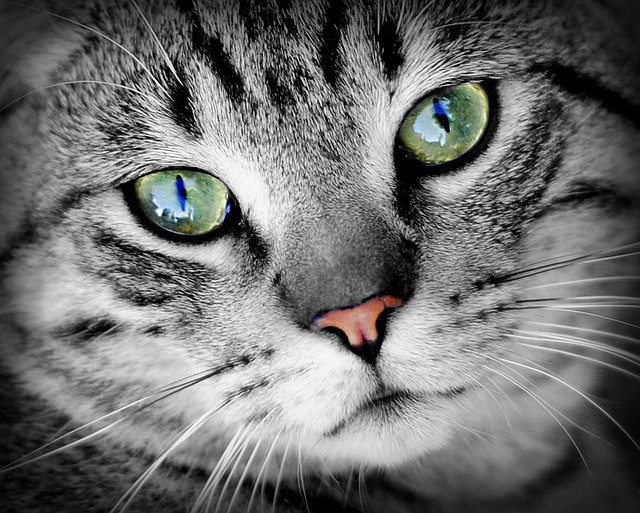 In the 1940s E. R. Guthrie and G. P. Horton designed an experiment to test feline problem-solving ability using a test box and cats that met the scientific standard. In the experiment, they placed individual cats inside a test box, outside of which they placed a food reward. To reach the food reward, the cats had to determine how to open the door to the box. In addition to demonstrating that cats could solve this problem, the experiment also revealed that the cats always displayed the same sequence of body language expressions before doing so. First, they would rub their faces and bodies on the door, and then they circled. Based on their findings, the scientists concluded that this display played a key role in feline problem-solving.

This experiment represents the gold standard of scientific research. The researchers defined the object of their study: to determine if cats can solve problems on their own. They eliminated or ignored as many variables as possible and assumed any others either were comparable or inconsequential. They housed and tested the cats in what they considered identical settings.

Fast forward to 1979 when scientists B. R. Moore and S. Stuttard replicated this experiment. They, too, observed the same feline behavior. But being good scientists and possessing more technology than their predecessors, they took the original experiment one step further: They recorded the cats’ behavior in the absence of humans, using a video camera. Because the film revealed that the cats opened the door sans any preliminary body language display, these scientists concluded that the display wasn’t related to feline problem-solving ability. It was somehow related to the cats’ relationships with the experimenters.

What Guthrie and Horton perceived as a vital component of feline problem-solving was described in later studies as a normal feline human-greeting display. More recently, findings regarding the different way male and female brains process information or deal with stress may compel other researchers to repeat the experiment yet again and eliminate or ignore all variables but those related to these new questions.

These two experiments demonstrate why perceiving the conclusions of point-in-time scientific studies as the gold standard for clinical behavioral practice can create problems for behavioral consultants unfamiliar with how science works. Science has two purposes. It provides a process that enables scientists to design and conduct experiments and reach conclusions that other scientists can support or refute by repeating that same process. It enables other scientists to build on existing findings or take them in a new direction.

You can see evidence of variable elimination in many science-based training and behavior texts. Unfortunately, among the most commonly eliminated variables are those that, if ignored, may complicate the lives of behavioral consultants enormously. These variables include:

Many behavior and training studies make one of two assumptions. First, they assume that any human effects on the animal’s behavior are neutral or insignificant.  Second, they assume that any people will behave in a specific manner that would support the study’s findings. For example, many texts assume that none of the people who interact with the animal possess any physical, mental/emotional, time, or financial limits.

On the contrary, behavior consulting caseloads may include clients or other family members with mobility or other physical limitations. Depression, anxiety, post-traumatic stress disorder, attention-deficient hyperactivity, and a host of other emotional or learning limits may affect those in another group. Negative side effects of medical treatments or medication may hinder the ability of those in both groups to interact with their animals the way studies may assume they will.

Time limits take the form of crammed schedules or short attention spans that render the concept of a consistent response incomprehensible to some. Financial limits may rule out medical work-ups to determine the cause of the unstable rear end conformation that contributes to the dog’s hair-trigger aggressive response,  the installation of solid fencing to decrease the vulnerable dog’s stimulus load and the negative behaviors associated with it,  the necessary diagnostic tests to select the proper psychoactive drug and monitor the animal for potential negative side effects, or even the supplies necessary to eliminate the scent of cat urine in the home.

Additionally, multiple variables that contribute to the human-animal bond may reduce clients’ ability or willingness to help their animals. Some may love what their animals symbolize to them more than they love the animals themselves. Others may suffer from acute “rescue-itis”: They feel so betrayed when their rescued animals don’t reward them with perfect behavior, they resent having to do anything to help the animals.

Meanwhile, the animals consultants interact with are becoming increasingly diverse and challenging. Questionable show standards may result in physical defects or features that may compromise some purebred animals’ behavior. Systematic elimination of the most successful pet animals from the gene pool via spay and neuter for 50 years, combined with more complex human lifestyles, add more variables consultants must sort through.

Local mixed breeds with their treasure trove of reliable background information have given way to national and international transports in many locations. These animals may come with heart-wrenching tales but little useful information. Their genetic predispositions and experience as free roaming scavengers or predators introduce their own unique variables. Some of these animals may arrive with parasites or medical conditions unfamiliar to the local veterinary community that also may influence the animal’s behavior. Consultants must consider these variables, too.

Good scientists also strictly control the animal populations used in their studies to eliminate sex-related variables. Traditionally this meant using all male animals—including in studies of conditions that occur more often in females—because female physiology introduces more variables than male physiology. However, testosterone and estrogen receptors exist all over the animal body, including in the brain. Consequently, behavior consultants must consider any behavioral effects of an animal’s sex, as well as reproductive status (i.e., intact, spayed or neutered and age of surgery if it occurred).

Similarly, animals used in behavioral studies either are or are assumed to be healthy. Would that those who do behavioral work were so fortunate! Because behavior affects health as much as health affects behavior, some animals with behavior problems may have concurrent medical ones. These include joint problems, “nervous” stomachs, chronic or intermittent vomiting or diarrhea, urinary tract problems, hypothyroidism, diabetes, or Cushing’s disease, to name a few. These all carry the potential to affect the animal’s behavior as well as the bond.

Recall those feline puzzle boxes that demonstrate yet another hallmark of a good scientific study that rarely, if ever, occurs in clinical practice: environmental control. Behavioral researchers devote a great deal of effort to confining their test animals to special cages or areas devoid of anything except the equipment necessary for their experiments. While most clients willingly will make modest changes in their environments to benefit their animals, their previously mentioned limitations may prevent them from creating anything remotely like an ideal experimental setting.

Does all this mean that scientific studies and their results have no value? Absolutely not! But it does point out that the physical and mental environments in which studies occur, by design, enable scientists to ignore variables that behavior consultants cannot. Good scientists recognize this. While sometimes egos might get in the way, most scientists don’t perceive their results and conclusions as either inviolate or divinely inspired.

I’m the first to admit that sometimes the temptation to end a variable-choked discussion with a few scientific citations can be difficult to resist. But even then, age and experience (and some embarrassing moments) have taught me not to imply that these represent the gold standard for the financially strapped Browns amid a stressful divorce trying to sell a home their dog won’t let anyone enter. The gold standard for them is a comprehensive behavior, bond, and medical history to determine what among all the messy variables in their lives exerts the most influence on their dog’s behavior.

Scientists use a time-tested process that provides behavior consultants with point-in-time animal behavior studies with results and conclusions that may or may not reflect the behavior the consultant observes in a specific animal belonging to specific people living in their unique physical and mental/emotional environment. That doesn’t make scientists better than consultants or vice versa. The two groups simply work in two different worlds. Scientist live in a world governed by a gold standard that mandates they do their work in controlled environments with minimal variables. Meanwhile behavior consultants live in one where the comprehensive history with all its variables serves as the standard.

Whereas scientists seek to produce results that anyone who repeats the same experiment in the same way can duplicate, behavioral clinicians seek to find the very best solution for the Browns, the Smiths, or the Joneses and their animals. If such a thing as truth exists, it most likely exists at the point where these two quite different schools of thought intersect.

Dr. Milani is a veterinary ethologist, clinician, teacher, and author of several books and multiple articles concerning the relationship between animal health, behavior, and the human-animal bond and its implications for animal wellbeing. For further information, please visit her website at http://www.mmilani.com/