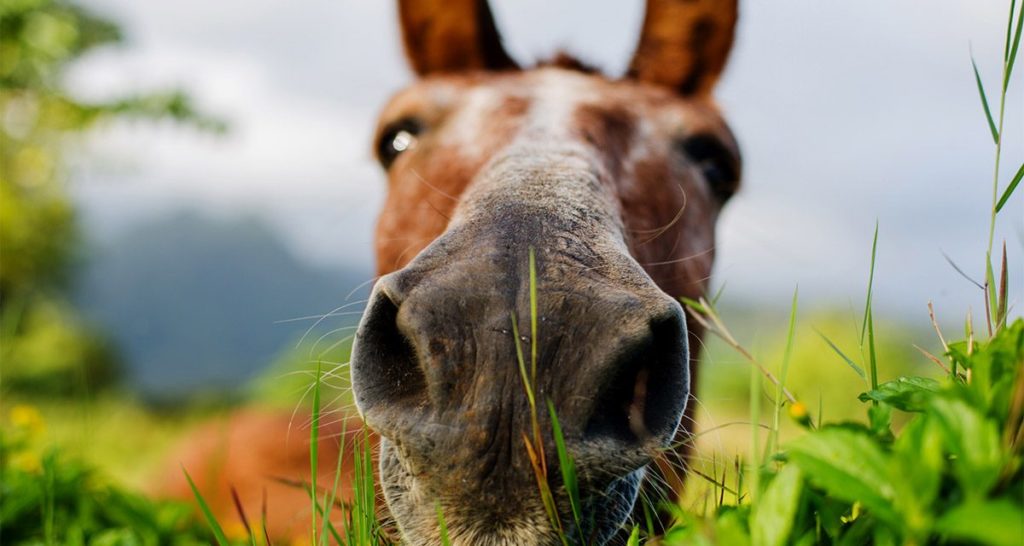 Most equestrians have heard of clicker training, and many now practise it, but compared to traditional horsemanship it is still the new kid on the block.

In the 1940s Keller and Marion Breland (and later with Bob Bailey) trained many different animals using the laboratory-proven techniques of B. F. Skinner’s operant conditioning. In the ’80s Karen Pryor’s pivotal book, Don’t Shoot the Dog, drew on 20 years of training marine mammals and brought operant conditioning to a much wider audience, including dog trainers.

Alexandra Kurland’s book, Clicker Training for Your Horse, helped my mind finally make the leap from clicker training being something for dog trainers, to realizing there was no reason it couldn’t work in horses. All that time to draw the same conclusions that the Brelands and Bailey had previously shown — that operant conditioning works with all animals!

Since the early days of developing operant conditioning, there has been a constant evolution of techniques in the field of equine learning. Nothing has changed in the A-B-C (antecedent-behaviour-consequence) of learning — it is still for us to create an antecedent and consequence that will increase or maintain future behaviour. What has changed is our awareness of the need to improve at guiding horses towards an errorless learning path. Making the desired behaviour so easy to find that the horse has better chances to be right means less stress for everyone during teaching and learning. As trainers, we strive to be better practitioners of clicker training while also communicating its benefits to a wider audience. We know that training in the real world outside of a science laboratory brings its own difficulties, and we are always developing creative solutions to the unique challenges our clients and their animals face.

In the U.K. it is still quite hard to find horse trainers who understand the theory of operant conditioning and are experienced in its application to horses. I’m sure this may also be the case in the rest of the world. There is therefore a reliance on videos, books, and internet advice or, if you are very lucky, a visiting clinician making a once-in-a-while trip. It’s hard enough to absorb the mechanical skills required to get started, but applying the art and science of shaping, chaining, adding cues, and so on can all seem like too much to take on without greater support.

There are some excellent paid (and some free) online educational resources out there, but often people feel drawn down the “give it a go” path, taking free support from the many who offer advice in Facebook groups.

This path can be hard to follow when you are just starting out. Nowadays I recoil at the advice to simply go get a target stick and get your horse touching it, then just click and give food when they do. I know that people mean well in trying to encourage others to move away from traditional techniques, but perhaps they haven’t been on the “cleaning-up” end of advice like this!

At the start of my clicker journey, following the books I read and videos I watched, I used targeting to produce behaviour.

Pretty much every piece of advice I read and heard was to associate the clicker with food by using the behaviour of touching a target, at first in protected contact and then later, up close, in freedom.

So I took my tennis ball and pierced it with a garden cane. Soon I could do high, low, and side touches. My horse would follow me (with ears back or perhaps a little “fed up” face) while I held out the target. He would touch random objects and look at me endearingly (or so I thought) — sometimes it made me smile so much that I gave him food.

This seemed to be going well for a while, until I couldn’t bear the resulting frustration I saw in the horses. It wasn’t the target that was at fault, but my poor training of it. (Stimulus control? What stimulus control?) I now know that just about everything I did back then was wrong, and it caused my horses to build chains of unwanted behaviours before I even understood what a chain was.

I don’t think I was alone. I saw videos of horses looking similarly lost or annoyed at a target held under their noses as they followed along. I realized that if I wanted to get better at clicker training, I had to rethink what I was doing. 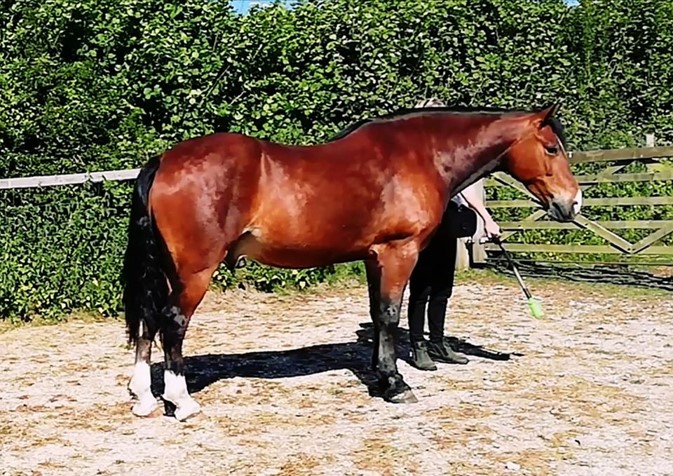 If things can go wrong, they will!

I understand why the behaviour of targeting is so often used as a means to associate the clicker. And I have developed the skills to do this myself without causing stress to a horse. What is tricky is taking a new trainer and giving them the skills to handle a target, a clicker, and food.

They get home and try it with their own horse, and wow is that horse clever! Then they show the assembled members of the livery (barn) and they too marvel at the clever horse.  And who can blame them — after all, I was the same way when I first learned about targets and clicker training. I remember standing around, target in hand, telling my friends about this new way of training.

But quite soon our horse, having tried to touch the “miracle food bringer” as a way to earn reinforcement, heads into frustration and extinction. With one extinction burst the horse may bite off our pocket (yes, I’ve helped a client with just that scenario!) and the excited new trainer might just put down their target forever. The horse could also just lose faith in a game where the rules are not clear or easy to understand, and give up on interaction.

That relatively simple idea of using a target to associate the clicker makes sense; a novel behaviour not found in the repertoire of most horses could work well. But if the novice trainer has poor timing and mechanics, the association with the clicker might end up overshadowed by the association with the target. Our conditioned reinforcer becomes insecure, it isn’t what we thought we were associating, and extinction is a possible outcome. This miscommunication between trainer and horse can make the click, at best, useless.

As a novice trainer, it took some time before I finally came to terms with stimulus control. I’d read about it and thought I understood it, but I’d really only grasped what the final picture was — not how to achieve it. I became a never-finisher, attracted to the excitement of shaping rather than creating clean cues and achieving stimulus control. Cues develop communication but stimulus control adds the next layer — real clarity in the communication.

Every trainer makes mistakes, and we learn from them. But when we start out as clicker trainers, we don’t actually see the potential for mistakes. Lacking knowledge or understanding of extinction, new trainers follow the old protocol of ignoring the unwanted and clicking the wanted: the game of hot and cold — also known as trial and error learning — which is now (thankfully) less accepted in clicker training circles. Extinction bursts abound, and before the trainer has a chance to reinforce a behaviour, they are on the back foot trying to prevent unwanted behaviour by ignoring it…the cycle self-perpetuates. 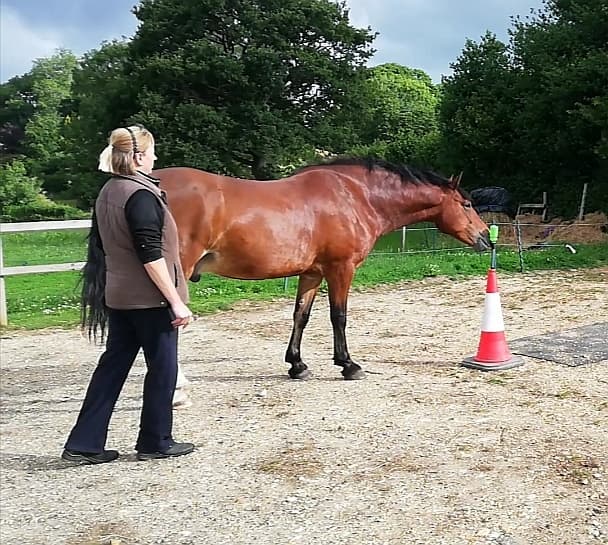 Should we avoid target training?

Do I avoid training with targets? Absolutely not. Targets can be a fun behaviour to train, and they have lots of applications. but it is important to question whether it is the best behaviour for associating the clicker.

As Dr. Susan Friedman always reminds us, the behaviour of an individual is a study of one. In the case of a human training a horse, we have to study the behaviour of both the individuals, plus the way they might impact each other. Targeting behaviours might be taught to fluency with ease by an experienced trainer. But for an inexperienced trainer and horse we need to be careful that we set them both up for success.

One of the great answers I heard in many of the Q and A sessions during the awesome Lemonade Conference was “it depends.” This from some of the greatest minds in current animal training. It depends on the human, the horse, the place they are working, their previous experience, their learning history, and just about every other variable you can imagine. It depends. For some horses and their trainer, a target behaviour as a way of associating the clicker might work, but for many it might not.

If a trainer is considering a loading protocol for a client who is not yet able etc., then using a target and food might be a good short-term option. The target will only appear at the foot of the ramp and the horse seeing loading as primarily the behaviour of following a vending machine is less of a concern.

On the other end of the spectrum, if a client is adopting clicker training as their primary training then it could be sensible to save targeting until their knowledge is on a sounder footing.

How we might introduce targeting to a horse and trainer

In the following video, Claire and Darcy show one way to begin to teach targeting. This will be a touch target cue rather than a follow target cue. This is another area for later confusion when the horse has not been taught the difference between touching and following the target.

When Darcy began targeting, Claire carefully presented the target in such a way that made it hard for him to fail. In human terms, he is inquisitive and brave; we don’t want clicker training to change his belief that humans are fun to interact with. Using errorless learning as a guide, the target is presented cleanly and clearly for him, early gains in reinforcement build his confidence. Antecedent set-up is vital: Claire holds the target away from her body and away from the food; she drops the target away when she doesn’t want him to touch it. Failure is unlikely.

With increasing confidence that he is right, and using the default behaviour of standing still and chilling between touches, Claire adds a cue of “target.” The environment has given us several cues that we must fade, not least the production of the target itself. So gradually Claire leaves the target in the environment and reinforces Darcy for standing still (we can’t reinforce a lack of behaviour, so a default like stand and chill is essential).

Over several short sessions Darcy learns that he should only touch a target when cued by the verbal “target” and this becomes the discriminative stimulus. This is the beginning of good target training, leading to many possibilities with mobile and stationary targets, to targeting other parts of his body, and to targeting to many different novel objects.

It is the beginning of putting the touching of targets under stimulus control, a deeper understanding of when, where, and how to target, and whether to target at all! 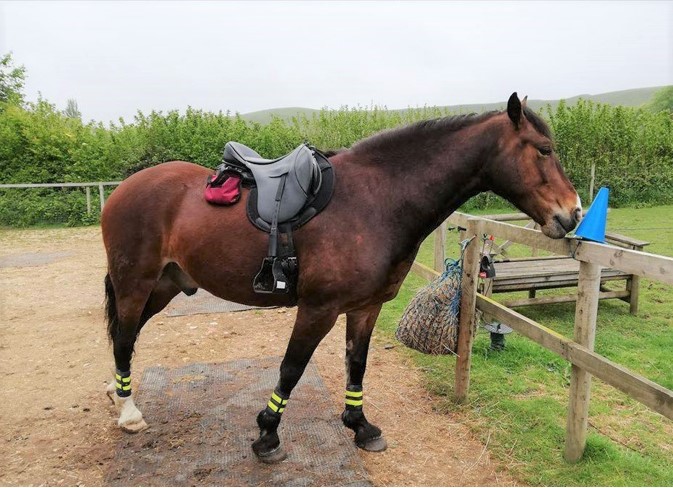 With thanks to Claire and Darcy for their help with video demonstrations.

Friedman, S.G. (2016) Tsk, No, Eh-eh: Clearing the Path to Reinforcement with an Errorless Learning Mindset. Presented at ABMA Conference 2016.

Laurence, K. (2018) Nose Target? No Thanks! Learning About Dogs Blog

Trudi Dempsey is an IAABC certified horse behaviour consultant, ABTC accredited animal behaviourist and trainer based in the South West of England. She has been training humans and their horses for more than 25 years specialising in clicker training and bitless riding. Trudi travels within the UK hosting behaviour and training workshops.