What Can Street Dogs Teach Us About Socialization? 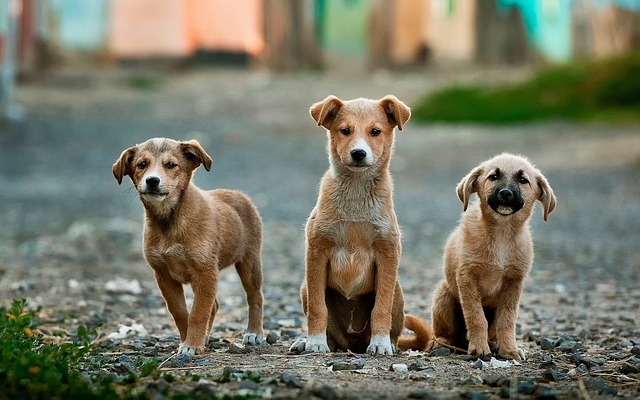 There are certain truths we all hold as self-evident. One is that basic training is essential for all dogs. A dog whose behavior is “civilized” is able to be a fully participating member of the family. Further, if a dog develops a behavior problem, the foundation of basic training generally enables us to deal with it more efficiently and directly.

Another basic truth is that early socialization is critical for a dog to reach their full genetic potential. Many studies clearly demonstrate that the absence of socialization in the first four months of a dog’s life results in experiential deficiencies that translate to fearful and timid behaviors that can rarely, if ever, be fully overcome.

As both a professional dog trainer and behavior consultant, and as someone who has spent a good part of my professional life studying and teaching about the early critical periods of the dog, a recent article has given me an even more profound appreciation for wide-ranging early experiences, as well as the importance of training so the dog is able to live life to the fullest extent possible.

The study is entitled “Companion and free-ranging Bali dogs: Environmental links with personality traits in an endemic dog population of South East Asia,” by Luca Corrieri et al. The study doesn’t specifically make reference to socialization; however, I am both drawing some conclusions and creating hypotheses from this study, having first-hand experience living with a free-range dog from East Asia. More about him later.

The Bali street dog (BSD) study subjects include 15 adult companion animals and 60 free-ranging dogs. All study dogs were 1 year old or older, with the average age of both groups just under 3 years, although some of the free-ranging dogs were older.

In this study our aim was to analyse whether free-ranging Bali dogs and companion Bali dogs differ in personality traits. We hypothesized that lifestyle (i.e. living constrained under the supervision of humans) could affect some personality traits. Companion dogs gain experience of the environment only when they go out with their owners and usually are not free to explore it by themselves. This could affect activity and sociality as well, because companion dogs have less exposure to other dogs and the environment when compared to free-ranging dogs.

The companion dogs lived “in the resident’s houses and enclosed gardens, and typically go out on a leash with an owner or dog walker. Thus, these dogs are fully dependent on humans.”

Of the free-ranging dogs, nearly 57% had a relationship with a “caretaker” who occasionally offered food, medical care, and shelter but never confined or limited the dogs’ freedom. This care was provided at the dogs’ locations, rather than the caretakers’ territory. The other 43% of free-ranging dogs did not have such a relationship. However, the researchers found no difference between the behaviors of these two groups of “village” dogs, so they were all considered “free-ranging.”

(Unfortunately the research report did not contain the age of adoption of the companion dogs, which would be important to know for one of my hypotheses to be tested—but I hypothesize nonetheless.)

The background of these free-ranging dogs is the same as my dog Kochi, who looks like a Shiba Inu mixed with generic dog. Kochi was a street dog in Okinawa, Japan, for the first 12 to 18 months of his life. Now nearly 15 years old, Kochi has been an incredible gift to me as a dog owner, as a trainer, and as a student of canine behavior. Here’s his story: 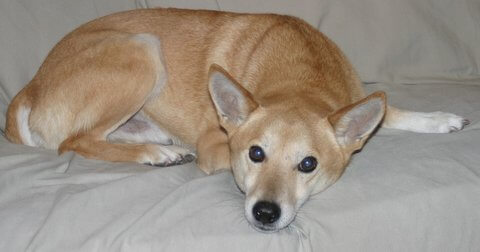 One of our All Dogs Gym clients, Linda, is a teacher on the U.S. base in Okinawa. Linda comes home to New Hampshire every summer, and for many years, she would capture and bring with her free-ranging “village” dogs from Okinawa, to find homes in America. One summer she brought several dogs, some of whom immediately found homes. Four dogs ended up boarding with us at All Dogs Gym when Linda returned to Okinawa for the new school year. Kochi was one of these.

Linda told me that Kochi was a favorite of some of the people who worked in the area of town near the dump where many of the free-range dogs lived. They offered him food, and one tried to “adopt” him, but he ran away back to the dump area. Linda said Kochi loved taking care of puppies and was an “uncle” dog to many of the other young strays. He may also have been their sire, since he was not yet neutered.

When she brought him to the U.S., Linda had Kochi neutered and cured of heartworm, and found a home for him in New Hampshire. Unfortunately there were several cats in the home, and it turned out that Kochi was predatory to cats, so he was returned to Linda. His predatory behavior may well be related to (or at least reinforced by) his diet in Okinawa, which likely included catching and eating small animals. He is definitely a good hunter. Because of this predatory behavior, Linda could not find another home for him, so Kochi lived with us in our kennel along with the other Okinawa dogs awaiting homes.

Kochi is sweet and people-friendly, and became a staff favorite, spending much of his time in the kennel kitchen and staff rooms. He shared his kennel room and yard time with the other Japanese street dogs who lived with us. Kochi was also a “practice dog” for our All Dogs Academy training students. He greatly improved the students’ timing since he learned quickly—whether the students’ clicker timing was good or poor. One class quickly taught him to sit and scratch when they were trying to shape him to lie down. My book The Thinking Dog has loads of pictures of Kochi, who was a wonderful demo dog. At that time, he wasn’t yet mine.

It was during the photo shoots for my book that Kochi and I made a true connection, and came to an agreement—that he could live with me if he would not try to kill my two cats. I first introduced him to our Bearded Collie, which went fine, and then took him home to meet the cats. When we walked into the bedroom where one of the cats was lying on the bed, Kochi immediately struck a hunting stance. It took just one mild verbal “Don’t even think about it…” to let him know that eating a cat was verboten. (Squirrels have never been given the same respect.)

Kochi’s background is similar to the endemic dogs in the Bali study. Because of the small sampling of adopted dogs in the study, the researchers draw few, if any, conclusions, but offer a number of hypotheses that provide both food for thought and areas of further research.

Which brings me to my hypotheses, and why this Bali study resonates with me. Although Kochi is a study of one, many of his personality traits are demonstrated by the Bali free-ranging dogs.

The researchers found that “Free-ranging dogs could generally behave more calmly, due to a confidence derived from their continuous experience of the street environment, cars and traffic, and exposure to other dogs, animals and humans.” (Emphasis mine).

Kochi is the most “bullet proof” dog I’ve ever owned. I have not found many things that bother or frighten him. Storms—even bad ones—don’t bother him. House noises, even the smoke alarm screech, don’t affect him. He’s tolerant of dogs, although he doesn’t seek out interaction with them. He occasionally plays with his “brother,” a 5-year-old Chinook, but mostly he’s indifferent to other dogs—not even curious to meet or interact with them. He is the soundest sleeping dog I’ve ever known. He will curl up in the middle of the floor with people, other dogs, or cats jumping over or going around him. But he’s certainly not deaf (at least not until recently). A potato chip floating to the floor two rooms away would wake him from a sound sleep. He is also the most food-motivated dog I’ve ever seen. I’ve always hypothesized that this is because the first year or more of his life was spent as a scavenger.

While his food motivation makes training a breeze, there are other personality traits that make him special. He’s incredibly clever—he’s a problem solver with tremendous persistence. He learns quickly, with few repetitions. If Kochi lived with anyone other than a trainer, he’d likely demonstrate problem behaviors because of this.

I have always believed that Kochi is special in large part because of his early experiences. As a street dog in a Japanese city, he was exposed to traffic, people, and experiences on a daily basis. His ability to explore new environments was also part of this socialization. His tractability and easy-going behavior have made it very easy to continue his socialization and enrichment for the years that he’s been mine. (When Kochi was 14 we started scent work—and he loves it.) 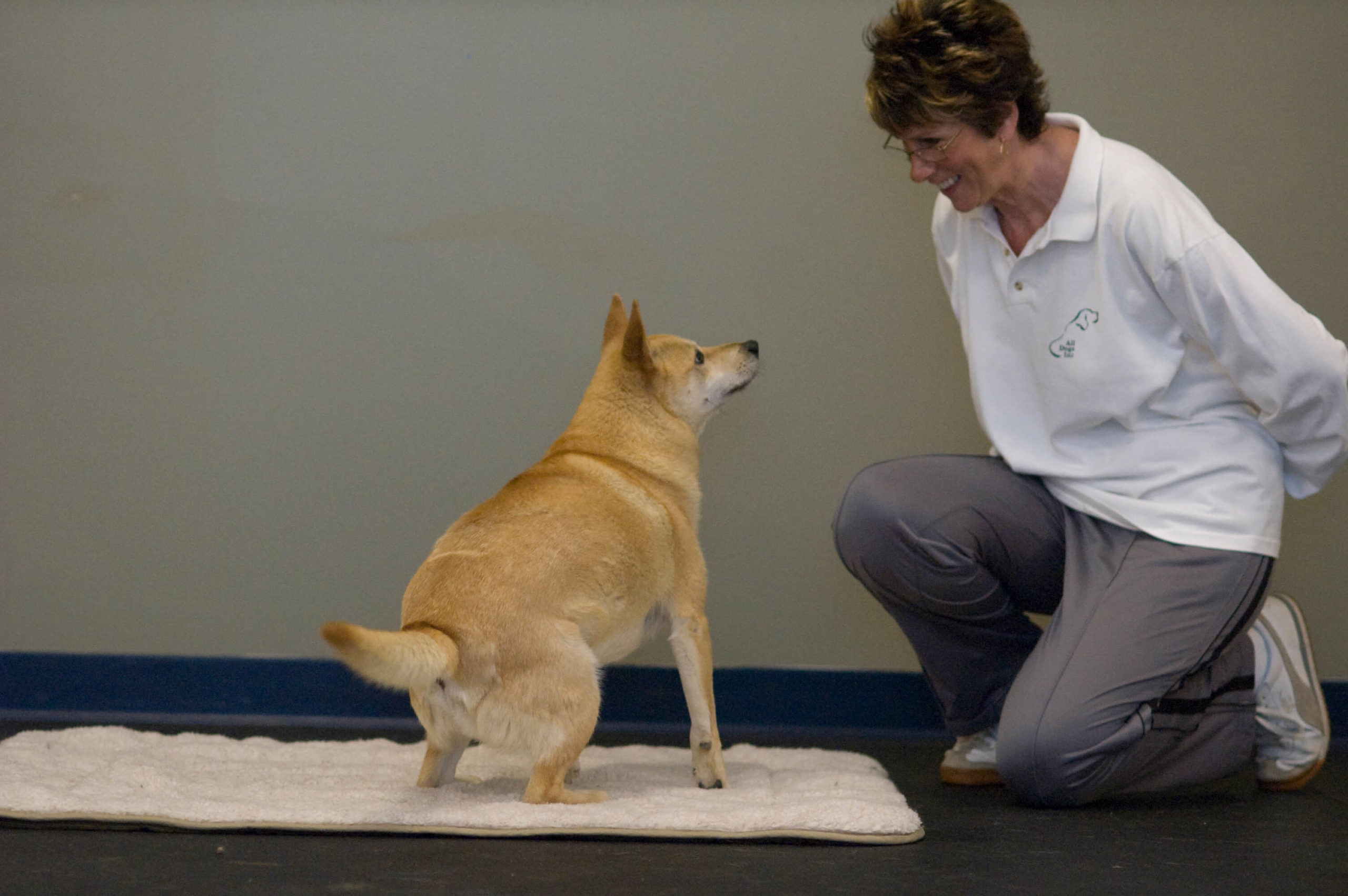 Captured during a photoshoot for my book, this picture feels like the moment we decided we belong together.

Which brings me to one of my other hypotheses/conclusions, which is one of the things that needs further study with dogs such as the Bali street dogs. This is the importance of continuing socialization and experiences. The adopted Bali dogs were limited in their continuing socialization and ability to “be dogs.”  They were “confined in the home or yard, walked on leash,” and apparently not given opportunities for conspecific play and interaction, or to have a variety of experiences and interactions.

I have no doubt that Kochi would have been a wonderful dog even if he hadn’t spent his first year or more as a free-range dog on the streets of Okinawa. But then I suspect that honing his survival skills and his early experiences—which we might think of as socialization to the max—are part of what makes him so special.

As I wrote in the beginning, socialization is one of the truths we all hold self-evident. But the difference between the socialization of a free-range dog versus that of the companion dogs is likely part of the free-range dogs’ exhibiting calmer behavior and more confidence. Most of us pay good attention to the importance of early socialization. It is equally important to consider that socialization is a continuing need beyond the first four or five months of a dog’s life.

We dog trainers and behavior consultants can greatly impact this need through basic manners training to enable continuing socialization and broad-ranging experiences, including interactive play with other dogs, if appropriate—all of which help to create the best, most fulfilling, enriched life for the dog.