Spotlight on Research: Rabbits in Shelters

Written by Clare Ellis, interviewed by the IAABC Editing Team 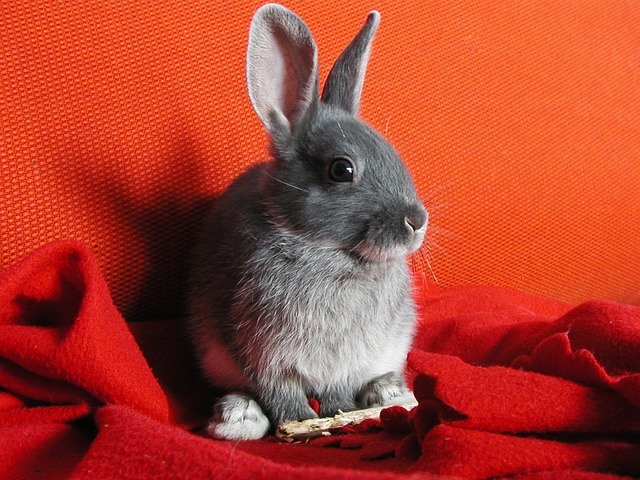 According to the House Rabbit Society, rabbits are the third most commonly surrendered pets in the United States. Rabbits have also been steadily gaining in popularity as indoor pets in many parts of the world, with an estimated one million pet rabbits in the United Kingdom alone. Although a quarter of pet rabbits are estimated to be adopted, there is a lack of research into how shelters and rescues can optimize the intake and adoptions process for rabbits: unlike for dogs and cats, no standardized rabbit temperament tests exist, and the majority of shelters do no more than a cursory behaviour evaluation on new intake rabbits. In this Spotlight on Research, we talk to Clare Ellis, a Ph.D candidate at the University of Northampton and Moulton College, who is working on developing better tools for shelters to match their rabbits with the right adopters.

What got you started on studying rabbit behavior?

My interest in rabbits was initially tied to the opportunity to explore individual differences in the species. Having completed research into zoo-housed bears, I started to notice some interesting differences between two female siblings I was studying. They had effectively had the same life experiences, so I became interested in why they had quite different responses to environmental stimuli. The opportunity to study the phenomenon of individual differences in rabbits came up, and over the last three years I have discovered how little research there is out there on rabbits, particularly companion rabbits. I’m now involved in a number of projects about rabbits, some of which will hopefully improve our knowledge of rabbits and their needs in captivity.

What should every shelter know about rabbit care?

I’ve seen some great rabbit facilities at shelters, and from chatting to some people who run U.K. centres there is a great deal of knowledge out there already within the industry. From my behavioural research, I would perhaps emphasise two things: provision of hiding places and careful, suitable handling.

As a prey species, rabbits spend a great deal of time avoiding getting eaten, and their ears and eyes are well adapted to help them identify dangers. In a shelter setting, environmental sounds and sudden movements can be quite startling for a rabbit, particularly where rabbits may be kept near to other predatory animals that communicate with sound, such as dogs. If the shelter is noisy, hiding places are vital for rabbits, so they have somewhere to retreat from anything that they might perceive as a potential threat. It is also vital that there are enough hiding places for each rabbit in a pen to avoid competition for resources, which may cause additional stress.

My behavioural research suggests that handling a rabbit may elicit a stronger negative reaction than just being approached by a person and not picked up. Some tasks in a shelter setting require the rabbit to be picked up, but where handling is not essential, e.g., meeting a potential new owner, it may be less stressful to allow the rabbit to come to the owner. Perhaps avoid handling where not needed, let the rabbits come to people.

Why do people relinquish their rabbits?

From my rehoming centre survey (in press) here in the U.K. it seems that a lot of rabbits are being relinquished by an owner due to unplanned litters and challenges with housing for their human owner. These reasons are similar to a study conducted at U.S. shelters. A child losing interest in the rabbit was the third most commonly cited reason in my study. This possibly tells us something about the nature of the rabbit-human relationship. Studies on the relinquishment of cats and dogs to the U.K. rehoming centres never reported “loss of interest” as a reason for relinquishing cats or dogs.

Pet shops, vets, and rehoming centres could definitely emphasise the importance of neutering rabbits at an appropriate age, at the point of purchase or adoption. This could go a long way to reducing the number of rabbits that are relinquished by their owners.

Yes, I think this would be very beneficial. In addition to being a great source of rabbit education for the community, they could support owners to get the most out of their relationship with their rabbits and help owners make their rabbit’s life more comfortable. Around one in ten owners reported behaviour problems as a reason for relinquishment to the U.K. rehoming centres in my survey. These behaviour reasons included owner-perceived aggression towards humans and other rabbits. Rabbits are rather complex social creatures. A dedicated rabbit behaviourist would be able to support owners in interpreting their rabbit’s behaviour and support them post-adoption to form healthy relationships with their rabbits.

Can you walk me through a rabbit temperament test?

There is no rabbit temperament test reported in the scientific literature to date, but researchers have sought to explore rabbit temperament in behavioural observations and using owner reports. My current research is seeking to develop a tool to assess individual differences in rabbits. Ideally, this will be a tool that can be utilised within the rehoming centre setting. The idea will be to assess a rabbit’s behavioural response to a number of stimuli, and the person would score their response. It is still early days, but hopefully trials will take place next year to test the tool.

Recently there have been criticisms of using temperament evaluations in shelter dogs. Do you think there are problems with evaluating rabbits, and how can shelters that start doing evaluations mitigate them?

It is vitally important that any users of behaviour-based temperament and personality testing tools in animals appreciate that such a tool only provides a snapshot of the animal’s behavioural reactions within the current situation. As a quick comparison, many tools used to assess personality in humans rely on self-report, where a person will reflect on themselves and answer a series of questions. This type of assessment enables us to consider how the person views themselves, and those responses represent reflections across their lifetime of experience. When we complete these assessments in a rehoming centre we cannot ask the animals to rate themselves, and we may not always be able to ask a previous owner. We rely on observations of the animal’s reactions to environmental and social stimuli. We get a snapshot of how they react to now.

Some, but not all, animal temperament testing tools have followed the personality psychology criteria and may be standardised, valid, and reliable, and therefore have predictive value. This final point is why we might use such tools. I would recommend that any rehoming centres that want to start temperament testing their rabbits make sure they are using an assessment tool that can be standardised, has been proven to be valid and reliable, and provides evidence that the results obtained are predictive of real-life future behaviour.

If such a tool is found and used, be sure to inform potential new rabbit owners that the test was conducted within the rehoming centre setting and so the rabbit’s behaviour in its new home may vary.

What kind of research would you like to see to validate whether temperament testing results in more positive outcomes for adopted rabbits? Can shelters help with data collection?

There is certainly a need for this type of research in all companion species, including rabbits. In light of the reasons that rabbits are relinquished by their owners, it would be useful to know if pet rabbit owners are more likely to interact with, or develop a bond with, a rabbit if they received a personality profile of the rabbit at the point of adoption or purchase. Research into rabbit-human interactions is lacking, and it would certainly benefit rehoming centres to understand what makes good rabbit-human matches.

If rehoming centres are interested in contributing to my current research I would be happy to hear from them (Clare.Ellis@Northampton.ac.uk), particularly in terms of what they would want from a temperament testing tool for rabbits and what factors might affect them using such a tool at their centre.