How Do You Spell Behavior? At Darwin’s Dogs, We Use Gs, Cs, Ts, and As. 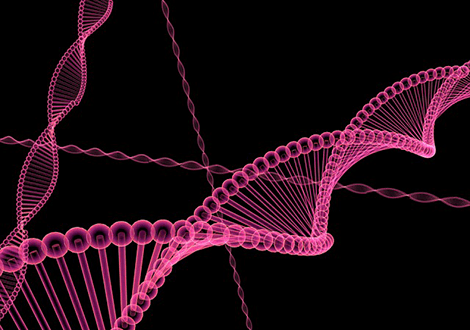 There are approximately 3 billion bases—represented by the letters G, C, T, or A—in a dog genome. A majority of these are the same across all dogs—these are the bits of DNA that make your dog a dog. But what makes your dog an individual? What makes your dog different from your neighbor’s dog? This would be the roughly 18 million places in the genome where your dogs may have different letters from each other. So to learn about variation between dogs, we want to detect which letter is at each of these 18 million places. This is the goal of genotyping. In contrast to sequencing, which aims to read every letter (all 3 billion) of DNA, genotyping gets a quick snapshot of some of the 18 million variable positions.

But we may not even need to check all 18 million. Many of these spots may be correlated: For example, we might know that a majority of dogs that have a letter A at position 1 also have a letter T at position 2. If that’s the case, we don’t really need to check both positions; we can check one and have a pretty good idea what is at the other. This kind of linkage is common, as dogs—just like humans—don’t inherit just single letters of DNA from their parents. Rather they inherit chunks of chromosomes with many variable positions sticking together like castaways stuck on the same raft. We can, then, look at a smaller number of spots in the genome and get a good amount of information about the variation between dogs.

Existing genotyping technology for dogs, however, samples a much smaller number of places in the genome (170,000). This works well for studying many physical traits like coat color or ear shape, or for diseases with a strong genetic contribution like several cancers. But behavior is far more complex. So we don’t think 170,000 letters are enough, especially when studying across many breeds and mixed-breed dogs, because the chromosome “rafts” are smaller, and fewer variants are linked together.

To be able to get more information from genotyping for our Darwin’s Dogs project, we’ve been working with Affymetrix—a genomics technology company—to build a better tool. This new genotyping tool samples 650,000 spots across the genome, which should provide enough genetic data points from each dog to give us a first look at patterns of variation in DNA that might be associated with variations in certain behaviors.

As for the behavior, we leave that to the experts: pet owner. We’ve asked thousands of dog owners to fill out extensive surveys about their dogs’ behavior, covering everything from personality traits like playfulness and sociability, to finer details like whether the dogs cross their paws while laying down or drink water quickly. 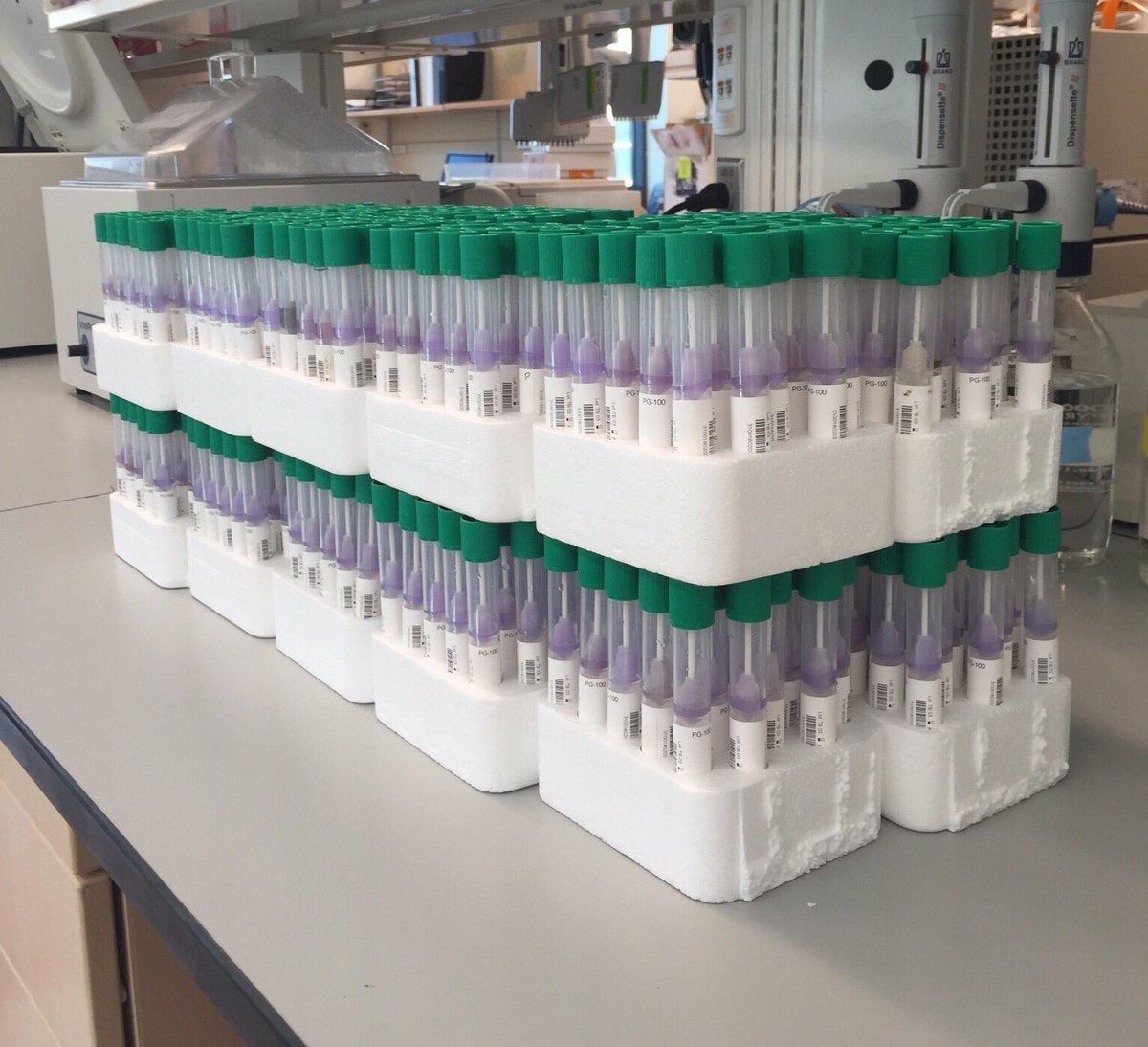 The first 500 saliva samples on their way to be analyzed.

Certainly, some people may know their dog’s behavior better than others, and some answers provided will be far from perfect. But that’s okay. We’re not reading anything into individual answers—instead we’re looking for consistent patterns among large numbers of dogs (8,485 dogs are currently enrolled). The more dogs we enroll, the more robust patterns we will be able to detect.

Once we can pull patterns out of the behavior surveys, we can select dogs that all tend to show a behavior of interest and compare their DNA to dogs that don’t. And this is all done with DNA extracted from saliva. The dog owners are each sent a kit to collect a small amount of saliva from their pup to send back to us. When we get the kits back, we pull the DNA out of the saliva and analyze it on the new genotyping tool.

So far we’ve genotyped 100 dogs. These were just to ensure that the new tool works as intended, and it all looks good. Now we will analyze DNA samples from 500 dogs spanning the continuum from calm to anxious and from greatest to least self-control.

These are lofty goals, to find parts of the genome contributing to complex behaviors, and that’s where we need your help. The more dogs we can enroll, the better we’ll be able to pinpoint differences in DNA that matter for behavior.