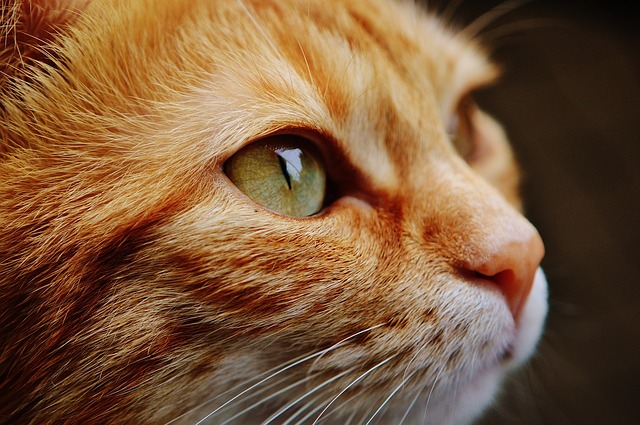 Periodically, bloodwork may be required as part of your cat’s annual exam and in times of illness.  Blood draws require the cat to be exposed to various novel stimuli that may result in anxiety.  Getting kitty accustomed to the technique, sights, sounds, and smells may decrease fear and anxiety.  Blood is usually acquired from the cat using the jugular or femoral vein.  A typical jugular venipuncture involves lifting the head to expose the neck, clipping the fur, rubbing the shaved portion with isopropyl alcohol, and inserting the needle in the vein while the cat is gently restrained for several seconds or minutes.  These three videos illustrate desensitization and shaping of the first three parts of the blood draw process.

1. Having the head lifted

There are several steps during the veterinary exam where a cat’s head may be touched and manipulated, including but not limited to having the eyes examined and preparing for jugular venipuncture.  Many cats consider this threatening, which can result in anxiety and aggression.

Discuss the veterinarian’s preferred location to acquire blood.  In the procedure outlined here, venipuncture from the jugular vein is illustrated, but similar shaping can be applied for blood draws from the femoral or other veins.  Since handling techniques may vary, discuss the specific techniques that will be used in the procedure with your veterinarian, and desensitize your cat to them and to having multiple handlers as needed.

Lift the head and apply gentle pressure to the neck using a blunt object to simulate having blood drawn.

2. The sound and sensation of clippers

The veterinarian may need to trim some fur from the cat’s body to facilitate finding the vein. This is done using electric clippers, which make noises to which most cats are not accustomed, and that may produce moderate to extreme anxiety.  Thus, desensitization to the sound of the clippers and having the clippers on the body is a critical step in the process of cooperative veterinary care during a blood draw.  This is also a foundation for desensitization and shaping behaviors for grooming.

Record at least one minute’s worth of sound of the clippers from your veterinarian’s office.  Keep in mind, clipper noise volumes may vary, so getting a recording of the clippers to be used in the procedure is most useful.

Along with the head lift outlined above, rub your phone over the cat’s neck and play the recorded sound of the clippers, to mimic the motion of the clippers running along the fur.

3. The smell of isopropyl alcohol and wetting the venipuncture site

Although it’s nearly impossible to mimic all the novel smells of the veterinarian’s office, we can desensitize to the smell of isopropyl alcohol, which is typically used as an aseptic on the neck prior to the blood draw.  This novel smell rubbed on the cat’s body may produce anxiety or aggression, especially when the cat is already at or near their threshold for coping with stress.  Furthermore, many cats consider liquids aversive, so having the fur wetted must also be addressed in this process.

Discuss the veterinarian’s preferred aseptic and the application procedure, and desensitize to those specific techniques as needed, similar to the techniques outlined below.

Desensitization to the smell of alcohol

Desensitization to having the fur wetted

Thoroughly wet a paper towel, folded to approximately 3″ x 3″, with alcohol, squeeze out excess liquid, gently lift the head, and rub the paper towel up and down on the neck once or twice.

In any of the steps described here, if the cat goes over threshold, then remove the stimulus and end the training session with reinforcement for well-known behaviors.  For the next day, lower the stimulus to where the cat is back under threshold, break the training into smaller component parts, and then gradually proceed again.  Although some cats will proceed very quickly to the final goal, others may take days or weeks to go through one or more of the procedures.

In the final video below, we’ve put all the steps together to simulate a mock venipuncture including mock hair clipping, rubbing the neck with alcohol as an aseptic, and then a mock needle stick. A short break is provided, and reinforcement is used in between each step for cooperative care.  Paired with desensitization to going into the carrier, car travel, and general husbandry, these techniques are meant to reduce the potential anxiety and stress of the novel stimuli used in venipuncture in the veterinarian’s office. Happy training!

Lisa Bolin has had the privilege of sharing her life with cats and has been striving to improve their health and welfare for nearly 30 years. For eight years she worked in multiple positions at a large veterinary practice and then went back to school to acquire her PhD in biomedical sciences, after which she was involved in research to understand the molecular mechanisms of several deadly cat viruses. Lisa is a supporting member of the IAABC Cat Division and is currently working to establish a cat behavior consulting business.