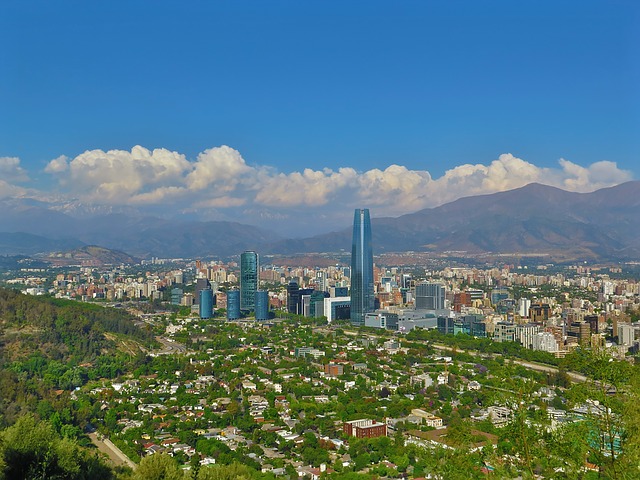 So, this is huge. When the APDT Chile announced its intention to become part of the IAABC and to host a congress on aggressive dog handling techniques with Trish McMillan Loehr and Michael Shikashio in Santiago de Chile, I pricked my ears: the IAABC’s presence here in South America is definitely very interesting for me. Why’s that?

Well, I’m a certified dog trainer and have been working as a dog behavior consultant since the 90s, first in Germany, later in Chile. But, in order to have you, dear reader, understand a behavior consultant’s situation in Chile, we need to take a look back in time…

When I first arrived in Santiago in 1999, hardly anybody was taking their dogs out for walks—nevertheless, in every front yard lived at least one dog. My husband and I moved to a quiet and well-developed part of Santiago with our two old dogs and, of course, walked them twice a day just the way we always had. To our surprise, we never met any dogs on leash or dogs that even appeared to be under somebody’s supervision. Our only luck was that both of our dogs were extremely well-socialized on and off leash, so we had practically no trouble with aggression. So it came that all our neighbors knew us (the weird “gringos” from abroad)—but we gringos didn’t know anybody at all.

Soon we learned that there were two main “species” of household dogs: Indoor dogs that usually peed on the apartment balcony, and outdoor dogs. If you had a house, there had to be a dog in the front yard. Why? I still have no idea, and nobody would ever reveal this secret to me. And I have asked, believe me. It was just tradition, it seems, and it is still so. For us, this was strange, because in Germany those dogs would  have frozen to death in winter, the German SPCA would have gotten involved, and the owners would have been fined for allowing their dogs to bark after office hours. Different countries, different cultures, different rules. So, we had to get used to dogs furiously lunging at us through the fences, anxiously running in circles, barking and jumping against the gates. My dogs got actually used to this faster than me. I still hate it, even 18 years later.

My colleagues at work and friends filled me in with their many dog stories, and I wondered how many dogs a person might be able to own in one’s life by the age of 30. But then, I heard all their sad stories: the hit-by-a-car-then-sacrificed dog, the left-the-gate-open-and-never-came-back dog, the got-sick-and-just-died dog, the scratched-the-car-in-the-yard-we-got-a-new-dog dog, the stupid-jumped-off-the-truck-and-died dog, the somehow-was-washed-in-the-washing-machine pup, and so on. In my own neighborhood, I witnessed that the dogs were kept with a sack of food for one or two weeks, that the ones that escaped weren’t really missed, and when the dog wasn’t convenient anymore, especially during summer vacation, they were thrown out and replaced by a puppy the next fall. I know, I’m probably stepping on everyone’s toes right now, but this really struck me, coming from Munich, dog heaven (not dog owner heaven!). In Germany, there are very strict rules on pet wellbeing. There are no street dogs; dogs without owners live in shelters waiting for adopters.

The consequences of this experience were, on the one hand, that we adopted two beautiful street dogs (who had been somebody’s’ pets for sure) and, on the other hand, I understood that a behavior consultant wasn’t needed in Santiago back in 1999. Dog problems were solved by getting rid of the dog.

But, and this is important, in the following five years, things changed very fast: People started to have dogs as companion animals, and pets’ wellbeing became a consideration. The first dog parks were opened, free poop bags became available in public areas. Animal clinics, dog groomers, dog hotels, and dog trainers appeared and are now found everywhere in Santiago—and I am sure the rest of our long, gorgeous country is also following this trend.

So, after a few years of my “professional hibernation,” I found that it was the right time for me to get back to my roots and do what I love: To interpret between people and their pets. I soon found clients, and some veterinarians recommended me, but it was not easy to meet other dog trainers, much less behavior consultants. Little by little I made acquaintances and became friends with some trainers through social networks and local seminars. I encountered two contrasting styles: The old-fashioned trainers—usually retired police officers, who offered the so called “adiestramiento” or “German drill” (probably called a “traditional trainer” in the U.S.) stood in stark contrast to the handful of clicker trainers. The former group was known for picking up one or several dogs, putting them in the back of their trucks, and teaching them manners somewhere outside of town. The latter had learned their training techniques at Bocalán Confiar (a service dog organization with highly qualified professionals who also offer training courses to the public).

From a professional point of view, as a behavior consultant with all my practical experience, scientific approach, different techniques, and management solutions, I still felt like an island, but my business kept growing. In 2014, the APDT Chile was founded, and I really appreciated the congresses they organized: finally, internationally well-known dog trainers and behavior specialists came to us—I didn’t have to travel to Europe or North America in order to continue my education. Around the same time, I heard about the Association of Veterinarian Ethologists (ASECVECH) and learned that, in Chile, you had to be a vet with a master’s degree in clinical ethology in order to assess behavior problems. I applied to become a member anyway, and was happy to be accepted. Finally, I found a group of professionals I could discuss cases with. But still, I am not a vet.

Now, when the IAABC appeared on the Chilean horizon with their Aggression in Dogs seminar, the audience was a ragtag bunch of dog people, APDT and ASECVECH members, traditional and science-based trainers, shelter workers, veterinarians, breeders, and dog owners, a potpourri of different backgrounds, different generations, different opinions, different levels of education, eyeing each other suspiciously. I can only guess what Marjie Alonso, Trish and Mike might have thought of us. But I imagine they understood one thing: We are humans. We don’t like to share, and we don’t trust people and things we don’t know. Yes, we might be a decade or two behind in our professional development, due to our geographic position “at the end of the world” and Chile’s general development. But when you live in this beautiful country, everything is just so far away.

To make a long story short: I feel that this is the perfect moment to set up the Spanish branch of the IAABC. It will give those who are genuinely interested in animal behavior the opportunity to update their knowledge, to learn more, and to become certified in several categories. Hopefully, the IAABC can be an independent third party and guiding hand that gives impartial support and recognition to all of us who want to become better professionals.