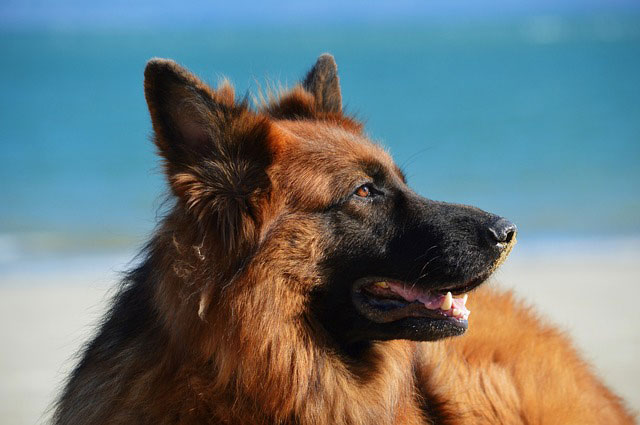 Nothing is more sad than the death of an illusion. Arthur Koestler

Although many items appear on my list of enjoyable activities, reading mysteries remains a lifelong favorite. This ongoing exploration of the who, what, where, when, how, and why of hundreds of plots and thousands of characters has taught and reinforces skills that also serve me well in my work. I am not alone in recognizing the value of a broader rather than limited problem-oriented view. Researchers and clinicians in areas as diverse as One Health (Zinsstag et al, 2011) and business (Cilliers and Greyvenstein, 2012) call for an end to “silo thinking” that encourages in-the-box thinking instead of seeing the larger view.

Equally good news—when you train yourself to see human-animal interactions as dynamic ecosystems instead of isolated problems with isolated solutions designed to work in a controlled environment, you can see when, where, how, and why certain human-animal combinations involved in certain interactions could break down.

If the weaknesses occur in your relationship with your own animal, this broader view enables you to address those weaknesses up front and head off problems. Behavioral consultants aware that such problems could occur with their clients and their animals can create programs that avoid those pitfalls. These professionals also can help pet owners already experiencing such breakdowns work through them successfully.

But sometimes human-animal interactions transpire in such a feel-good way that weaknesses in the process go unnoticed or, if recognized, are ignored in hopes they will magically disappear. Consider what happened when the concept of animals supplying emotional support on demand for those with behavioral or emotional disabilities entered the scene. From the beginning, there were those in the human health, animal behavior, training, bond, and regulating communities, among others, who realized that those working in the different sectors contributing to the rapidly growing emotional support animal (ESA) industry either couldn’t or didn’t want to see the big picture.

To those taking a more ecological view, it appeared that several influences fueled this denial:

Lack of knowledge. This includes knowledge of normal animal behavior and the full range—beneficial and detrimental—of the physiological, mental, and emotional effects of the bonds that may form between vulnerable humans and animals in certain situations. In every edition of the Handbook on Animal-Assisted Therapy, Serpell, Coppinger, Fine, and Peralta have expressed concern about what they perceive as the lack of ethological knowledge and training among practitioners in the field of animal-assisted interventions. Nonetheless, the problem not only persists but appears to be getting worse. Lack of knowledge concerning the mental and emotional as well as the physical welfare of the animals used in human-animal interactions also has been a recurrent concern. (See my brief, Animal Welfare in Human-Animal Interactions, for an overview of the research related to this topic.)

Lack of knowledge also creates and perpetuates the common myth that knowledge of training automatically bestows knowledge of ethology and anthrozoology, i.e., the full range and complexity of the human-animal bond. This ignorance also extends to those in the human medical and mental health professions who recommend or even prescribe ESAs for their patients and clients.  In their article “Emotional Support Animals and Role Conflicts in Clinical Psychology,” Younggren, Boisvert, and Boness outline concerns that anyone recommending these animals should address before taking such action:

“Psychologists confronted by patient requests for the evaluation and certification of an animal for any extratherapeutic purpose need to understand that this is not a simple task nor is it without risk. Given the complexity of this area of regulation, this type of service and any recommendations stemming from it should be made by competent third-party evaluators who can objectively view the issue and whose recommendations and conclusions have limited impact on the therapeutic alliance.”

Meanwhile, those responsible for drafting laws and regulations governing any aspect of ESAs and their use have demonstrated a woeful lack of knowledge regarding the workings of the ESA movement and its implementation. Wisch’s “Table of State Assistance Animal Laws” shows a lack of uniformity between states. Further complicating matters, what laws do exist are increasingly being changed in response to negative ESA events instead of via a more thoughtful process.

Desire to cash in on the positive PR and media surrounding ESA. We live in a society in which public relations and spin wield more power than facts and science. Social media encourages us to react emotionally and immediately instead of thinking critically. ESAs’ media-darling status also generates funding, income, and donations for those involved in the process. Pair ESAs with disabled children or soldiers and their value increases. Pair those kids and wounded warriors with rescue canine ESAs who came with sad histories (that may or may not be accurate), and the PR value increases even more.

Fear of publicly stating how shaky the whole system is, lest one be accused of discrimination or, worse, get thrown to the PR and media wolves. Been there, done that. It is not an enjoyable experience. Nor am I alone, as I know from discussions with others doing behavioral work who have been contacted by the emotionally or behaviorally disabled or their representatives seeking information on how to train the family dog to perform tasks far beyond the dog’s capacity. Although some of these folks understand when you explain why this is impossible, others do not.

This collective denial resulted in the creation of multiple perceived all-positive microcosms, each with its own individual, sometimes shaky, components unfolding and gradually converging in thousands of incidents nationwide. Instead of mysteries with their standard of who, what, when, where, how, and why to ensure a broader view, these unfolded more like fairy tales. But even the most all-positive approach can’t guarantee happy endings. While the power of positive PR and the feel-good media, combined with fear of reprisal for questioning why parts of the ESA system didn’t work, initially led to denial and suppression of any negative effects, it couldn’t last.

As the ESA movement gained momentum, and the numbers and complexity of the situations to which these human-animal pairs were exposed—or exposed themselves and others—increased, the stress on the component parts increased accordingly. The system functioned like a busy airport, with planes of all sizes in all stages of mechanical soundness piloted and crewed by those with unknown training and experience, regulated by vague controllers and national and international rules, taking off and landing 24/7 regardless of the weather. Logic screamed that the elements capable of creating a perfect storm were in place, and a tragedy could occur at any time.

The inevitable sadly occurred in June 2017. The headlines said it all:

In addition to the obvious tragedy that an innocent person paid the price for exposing multiple problems in the ESA system, it’s equally tragic that the people involved, with this case directly and with the system more generally, are likely to engage in the usual blame game to evade responsibility. What happens to whom, and when, most likely will be determined by lawyers equally ignorant of animal behavior and the human-animal bond. And once they get involved, whatever happens most likely will take a long time and cost someone lots of money.

In the meantime, human healthcare professionals, psychologists, social workers or anyone who prescribes or recommends these animals, as well as trainers, attorneys, politicians, bureaucrats, media types, law enforcement, security personnel, and members of the public should be made sharply aware of the fact that emotional support animals are NOT service animals.

There’s a reason why well-trained, qualified, and effective service dogs are so expensive. They’re carefully bred, selected, and trained by skilled and experienced service dog professionals to accomplish specific tasks that enable these animals to reliably perform services for the people they serve. In addition to reliably performing those specific tasks, service animals also must be reliably trained to ignore environmental distractions that would interfere with their ability to do their job.

What specific assistance behaviors these animals should be trained to perform, and for how long on any given day, should be determined by the client, their healthcare providers (e.g., physicians, physical, occupational and mental health professionals, and their family or other home care providers). Equally important, whether the proposed animal or any animal can fulfill those demands should be determined by experienced breeders, veterinarians, and trainers or behavioral consultants. (See Patricia Olson’s “The modern working dog – a call for interdisciplinary collaboration” for a discussion of the comprehensive program established by one service dog provider.)

And finally, that mutual client-animal training must be validated in increasingly complex environments over time. Because this is a necessary labor- as well as time-consuming process to protect the disabled person-support animal unit and the public, I would urge those who recommend or prescribe these animals to ask yourselves how much you and other professionals in your area are willing and able to support these human-animal teams.

We live in uncertain times, where emergencies may arise without warning in any public space. In addition to benefiting their people, legitimate ESAs should not interfere with the safety and well-being of others. Nor should they be used as a substitute for human supervision. Those who do are more than a nuisance: they’re dangerous. It’s time that those directly or indirectly involved in the ESA industry and its regulation accept this.

I’d like to think that the June 2017 tragic event will result in meaningful change in the ESA industry, beginning with the banning of all such animals from public transportation until these problems are resolved.  However, the magnitude of the denial within the component parts, plus the amount of income and support the current illusion generates for the system and its supporters, works against it. Nor can I see our current federal government coming down hard on those with fake ESA credentials who misrepresent themselves as disabled and their animals as trained, those human behavioral charlatans who provide false documentation, or the websites that sell fake service animal paraphernalia. Nor can I envision said government developing meaningful standards to replace the mixed bag created by individual states regarding ESAs, let alone allotting the funds to enforce these.

The reality is that those places likely to generate the most anxiety for the mentally and emotionally disabled are the same ones that also generate the most anxiety for many among the general population: crowded public transportation systems, restaurants, concerts, shopping malls, department stores, etc. In terms of quick-fix solutions that would protect the most human-animal pairs and the public, one possibility is the creation of animal-free seating areas in public venues. This would respect the needs of those with legitimate ESAs as well as those of people with legitimate visible or invisible disabilities (such as breathing problems or animal allergies) who can’t or choose not to have service or support animals. It also would protect the disabled who choose to leave their well-behaved service animals at home rather than expose them to real or fake ESAs with questionable training.

Ironically and beyond tragically, the one group this plan wouldn’t protect from poorly selected and trained ESAs or similarly deficient fake ones is the one group that legitimate service animal organizations strive to help the most: the truly disabled who have no alternative but to depend on their well-trained, qualified service animals’ assistance in public settings. This is not the way it should be.

Dr. Milani is a veterinary ethologist, clinician, teacher, and author of several books and multiple articles concerning the relationship between animal health, behavior, and the human-animal bond and its implications for animal wellbeing. For further information, please visit her website at http://www.mmilani.com/