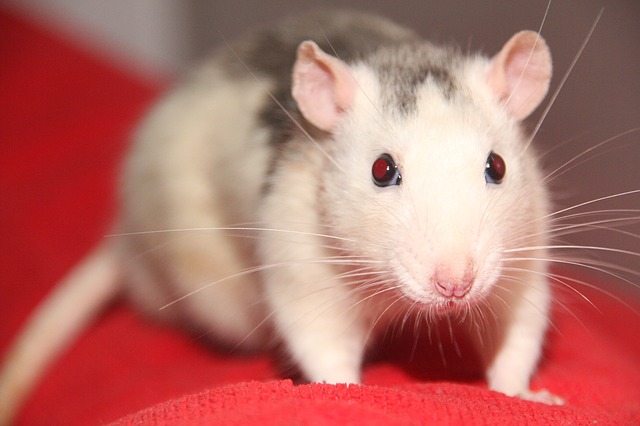 As behavior consultants, we often focus on classical conditioning and the four quadrants of operant learning, but there’s so much more to consider. We don’t necessarily think about what’s happening internally—especially beyond an animal’s immediate emotional state. Those operant conditioning quadrant lines don’t exist in a vacuum the way we sometimes present them in Obedience 101 seminars.

Why do rats display redirected aggression when shocked? Why might a baby monkey prefer to be shocked than to be alone? Why do some people struggle to recognize faces and emotions?

The answer (at least in part): glucocorticoids.

Glucocorticoids are a class of steroid that are broadly stress-related. They are linked to physical and emotional stress and play a role in regulating stress responses. Cortisol, a hormone we’re all familiar with by now, is a specific glucocorticoid.

I became a tad obsessed with glucocorticoids after reading Behave by Dr. Robert Sapolsky. In this book, he examines why we do what we do from almost every angle imaginable, covering evolutionary psychology, operant conditioning, hormones, and much more, in humans and other species.

There is a large body of research that looks at glucocorticoid exposure and its impact on behavior throughout an animal’s life. This research paints a complex story, but the punchline is that the amount of glucocorticoid exposure and the context under which that exposure happens can have strong effects on the behavior of the individual. And those effects can be passed on from generation to generation. So, the implications of glucocorticoids are far-reaching, and this is particularly true for behavioral development in young animals.

As a quick note, much of this article deals with research in humans, rats, and monkeys. While we don’t know for sure what the similarities are with canine development, Dr. Sapolsky extrapolated from rats to people in Behave, stating that this research deals with primal, common brain structures. We can safely assume, as Sapolsky does, that most mammals will be broadly affected in similar ways. In fact, research in 2014 on dogs suggested that dogs do undergo similar endocrinological and emotional development stages to rodents (Nagasawa et al., 2014).

The hormonal underpinnings of the critical socialization period

The hypothalamic-pituitary-adrenal (HPA) axis, which regulates glucocorticoid production, is extremely downregulated (the process of suppressing or reducing a response to a stimulus) shortly after birth. Thus glucocorticoid production in newborns is significantly downregulated during a period of critical brain growth. This downregulation of the HPA axis is known as the “stress hyporesponsive period,” or more commonly the sensitive period or the critical socialization period (Dietz et al., 2018).

The stress hyporesponsive period is, according to Dr. Sapolsky, a bit of a gamble on the brain’s part. To anthropomorphize, the brain says, “If I secrete glucocorticoids, I won’t develop properly. But I can be a bit less sensitive to scary stuff right now, because Mom’s right here. She’ll keep me safe if anything bad happens. I can learn about stress and scary stuff later.”

Take the mother rat away, and the rat pups start secreting glucocorticoids within mere hours.

Now here’s where my jaw dropped. Sapolsky describes how interacting with their mother depresses glucocorticoid levels, keeping them low even if pups are being exposed to aversive stimuli. Because young rat pups are much less likely to learn something is aversive while they’re with Mom, anything that they’re exposed to with Mom around becomes something they’ll seek out. This is true even if their mother is the source of the aversive stimuli. That said, the developing pup may learn that something is aversive as it grows thanks to raised glucocorticoid levels. Block glucocorticoid excretion in older rat pups and expose them to an odor, and they’ll seek it out. Inject glucocorticoids into young pups and pair it with the same odor, and they’ll avoid it.

In a dramatic and bleak example of this, Regina Sullivan (2000) taught rat pups to associate a neutral odor with a shock. If the pup was over 10 days old, it did the “logical” thing. The pup would display avoidance behavior when it detected the odor, its blood pumping with glucocorticoids. But if they were just 9 days old (or younger), the rat pups would become attracted to the shock and the odor.

Little is known about whether the same could happen in dogs, but one study (Nagasawa et al., 2014) suggests that there is a stress hyporesponsive period in dogs. That study estimated that this period lasts until roughly 4 weeks of age in dogs.

The situation is dire for puppies and kittens that are separated too early from their mother. Their brains are likely flooded with glucocorticoids, affecting their brain development and effectively teaching them that the whole world is stressful and scary. Remember, this all might happen within mere hours of being separated from their mother; the longer that separation occurs (and so exposure to glucocorticoids continues), the more impact on those developing neural connections!

Excessive glucocorticoids are also highly detrimental to developing fetuses. Excessive prenatal exposure in humans leads to adults that are prone to anxiety and depression. If the same holds true for dogs, this means that pregnant shelter dogs and cats are far more likely to give birth to puppies or kittens that are easily overwhelmed by their environment. For these animals, they start their lives less protected from stress. Socialization and training protocols may not be as effective in helping them to overcome those physical changes in their brains.

This is no overstatement—excessive glucocorticoid levels impact stem cells and cell survival. They also have an impact on synaptic plasticity (the ability of synapses to strengthen or weaken in response to stimuli) and cause dendritic atrophy in the hippocampus. Essentially, the neurons in the hippocampus (the part of the brain in charge of memory and spatial navigation) lose their branches. These branches would normally connect one neuron to the next. Loss of branches relates to cognitive impairment, poor memory-task performance, and more.

Reactivity in dogs is particularly interesting from this standpoint. Sapolsky points out that elevated glucocorticoid levels make people worse at recognizing faces and emotions. Since dogs are so reliant on scent for recognition, this might not be the case for them. However, it’s not unreasonable to speculate that the reactive dog that seems incapable of recognizing a play bow from a block away might be struggling thanks to glucocorticoids. This could lead to a downward spiral of misunderstanding emotions, which is stressful, and that stress makes dogs worse at understanding emotions.

It might be that, thanks to prenatal or early-life glucocorticoid exposure, the brains of many dogs are wired differently. This makes finding good breeders who properly care for puppies even more important. We already know, thanks to research done by Franklin McMillan in 2017, that puppies originating from commercial breeders, puppy farms, and pet stores have higher rates of fear and aggression toward both humans and dogs. Glucocorticoid exposure thanks to stressful living conditions and early separation from mothers is likely part of the puzzle.

As dogs get older, glucocorticoid exposure can increase aggression—particularly redirected aggression. Constant glucocorticoid exposure, in the form of unpredictable shocks, leads to ulcers for lab rats. That is, unless those rats were housed with a subordinate rat—and they could bite that rat when they were shocked. It turns out that being able to express aggressive behavior (biting a cagemate) allowed those rats to “feel better” enough that they wouldn’t develop ulcers.

While we certainly don’t want to encourage redirected aggression in stressed-out dogs, it’s possible that playing tug-o-war or other games that mimic biting behavior could have a similar calming effect. This is pure conjecture, but I am not the first trainer to notice that tug is a great way to dissipate stress for reactive dogs.

Glucocorticoids aren’t all bad, though—transient glucocorticoid exposure actually helps neurons build more branches and possibly contributes to building resilience later in life. This serves as another reminder that we don’t want to just shield our brains (or our clients’) from all stress. Prioritize intermittent and low-key stress, and as much as possible eliminate long-term, all-consuming stress.

In Hannah Brannigan’s June episode of Drinking from the Toilet, she spoke to Patricia McConnell about resilience in dogs. While they didn’t talk specifically about glucocorticoids, they discussed many topics that clearly relate back to stress hormones for dogs.

One of the concepts that Dr. McConnell brought forward was the chemical concept of hormesis. Toxicologists use the term hormesis to describe the phenomenon of many chemicals having a beneficial impact—to a point. Pass that point, and you’ve got the chance of harming or killing your subject. Generally, hormesis is used to describe reactions to a drug. Give an animal a set amount of phenobarbital or oxycodone, and the animal’s serious symptoms of a disease are alleviated. Overdose, and the animal dies.

Dr. McConnell took this concept and applied it to stress for animals. Less explicitly, Dr. Sapolsky did the same with glucocorticoids in his book. What they both discuss is that too much stress can cause serious trauma, leading to behavioral and emotional fallout. Yet it’s impossible (and undesirable) to raise an animal without any exposure to stress. It’s important to note that exposure to stress can be advantageous to brain development and health outcomes in the long term.

How understanding glucocorticoids helps us

As behavior consultants, stress is something that’s almost certainly on our minds. Understanding the neural underpinnings and consequences of stress, and how early experiences may impact animals throughout their lives, can only further our field. Our ability to help clients understand the emotional lives of their animals hinges on our ability to recognize that we might not be aware of brain-altering stress that occurred early in life. In other words, a behavior problem now might be related to a stressful experience when a dog was just a few weeks old.

Going forward, our understanding of chronic and excessive glucocorticoid exposure in adolescent and adult animals can also help us articulate the importance of managing stress for our clients. This will help improve our effectiveness at addressing welfare and outcomes, both by understanding potential stress early in life and mitigating stress in the animal’s current life. This may mean helping a skeptical client understand that limiting stress is imperative or reminding us that focusing on the pillars of animal welfare is not just a nice idea.

Since learning about glucocorticoids, I’ve refocused my training plans on basic welfare, even more than before. I’ve been able to clearly articulate this shift to clients, many of whom are happy to comply when they understand that stress isn’t just a comfort issue for their animals. Recognizing the role that glucocorticoids play in early development and throughout adulthood, and the importance of managing stress levels and sharing that knowledge with our clients, will help us to create and coach behavior modification plans that are more likely to succeed.

In short, understanding hormones and neurons isn’t just for neuroendocrinologists. As behavior consultants and professionals, a basic understanding can help us better serve animals and their people.

Kayla Fratt owns Journey Dog Training, where she provides video-chat based behavioral support to dog and cat owners around the world. She also works as a freelance writer and web designer. She holds a degree in Organismal Biology and Ecology from Colorado College. She is currently driving from Denver to Patagonia with her border collie and boyfriend.

Jackie Maffucci is a neuroscientist with extensive background in understanding the intersection of the brain, hormones, and behavior in a variety of species. She is the Co-Founder of Positive Dog Solutions, LLC in Washington D.C. She has worked with hundreds of owners and dogs on behaviors involving fear, aggression, and anxiety as well as consulting extensively with the shelter and rescue community. She is also a recognized subject matter expert for the Arlington County court system and is working to expand her engagement with the law community and others who engage in issues of human-animal conflict.