The Relationship Between Feeding Routines of Dog Owners in the U.K. and Food-related Problem Behaviours in Dogs 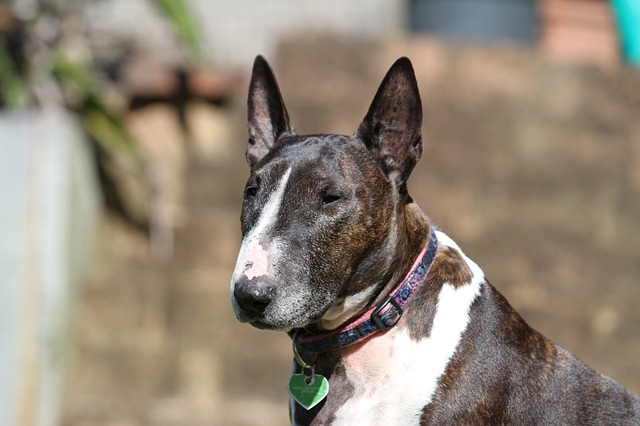 Control over a dog’s diet and feeding routine is at the discretion and choice of the owner. There are many contributing factors and influences that will determine what, how, where, and when food is given to their pet. These include busy work schedules, other members of the household, advertising on the television, and owner-dog relationships. What impact this has on an individual dog’s daily routine and feeding behaviour is largely unknown, despite a wealth of research on canine nutrition. Do we really know the best way to feed dogs to avoid the development of problematic feeding behaviours, defined as “a deviation in the feeding behaviour of a dog from its acceptable limits as seen by the owner, the owner’s family or society” (Jokinen, 2014) for example guarding of food, which can be detrimental to the welfare of the dog and can also be frustrating for owners?

The feeding ecology of the domesticated dog varies considerably from its ancestor, the grey wolf (Bhadra et al., 2015). Wolves rely heavily on group hunting of meat and occasional scavenging (Marshall-Pescini et al., 2017); however, the hunting behaviour exhibited by wolves is now virtually non-existent in wild dogs, who mostly obtain food by scavenging (Bradshaw, 2006). The feeding behaviour of the domesticated dog has evolved from scavenging to sole reliance on the owner to provide food and determine the feeding routine.

Theories on the evolution of the dog’s feeding behaviour

The relationship between dog behaviour problems and feeding routines

Aspects of the dog’s domesticated feeding routine thought to be associated with the development of aggressive behaviours and food guarding include walking, affection from the owner, feeding of treats during the owner’s mealtime, the number of dogs in the household, and feeding dogs together or separately (McGreevy and Masters, 2008). Food restriction and deprivation can lead to the development of food-related aggression and guarding behaviour, as dogs will likely resort back to behaviour that has proved to prevent food removal in the past (Lyle et al., 2017). Feeding the dog during the owner’s mealtime has been associated with an increased incidence of begging behaviour (Jagoe and Serpell, 1996). The timing of main meal feeding has been associated with the development of separation-related anxiety (McGreevy and Masters, 2008). Feeding enrichment can increase environmental stimulation, which can in turn reduce or eliminate stereotypic behaviours that result from dogs being kept in low-stimulus conditions (Schipper et al., 2008).  Since it is the responsibility of dog owners to determine when, where, and what their dog is fed, the owner has a huge influence on their dog’s feeding routine, which can clearly have a significant impact on a wide range of behavioural concerns.

There are a variety of factors that may influence a dog owner’s choice of feeding routine, including the complex dog-human relationship. Several dimensions of the dog-human relationship have been established, with one of the most important  owner feeding choices being anthropomorphism (Boya et al., 2012; Dotson and Hyatt, 2008), the attribution of human qualities to animals (Bradshaw and Casey, 2007). Owners sharing an anthropomorphic view of dog ownership tend to view their dog as a person or child (Boya et al., 2012). Feeding decisions made by these owners may be based on what owners would choose to do for themselves, or for their children. Since over 90% of pet owners view their dog as a member of the family (Mcnicholas et al., 2005) with many reporting being “as emotionally involved with their dog as they are with family” (Rehn and Keeling, 2016) it is unsurprising that the dog-owner relationship resembles that of child and parent (Cimarelli et al., 2017). Feeding decision-making between dog owners and parents may be similar, since owners are responsible for how, when, where, and what their dog is fed in the same way parents are responsible for this in their children. Use of food and non-food rewards is common amongst parents and often includes rewards for exhibiting desired behaviours (Roberts et al., 2018). When the rewarded behaviour is problematic, owners are potentially promoting the behaviour unintentionally by feeding in this way (McGreevy and Masters, 2008).

In order to investigate the relationship between a dog’s daily routine and problematic feeding behaviour, a questionnaire consisting of 31 questions was designed and distributed through Bristol Online Survey. A mixture of closed- and open-ended questions, Likert scales, and rating scales were included. The questionnaire was uploaded to three dog-interest social media groups based in the U.K. and was available for all dog owners in these groups to complete over a 15-week period. This allowed access to dog owners across all three groups, a potential audience of 36,238 dog owners. Questions asked related to the dog’s daily routine and feeding behaviour. For the purposes of data analysis, problematic feeding behaviours were coded as either absent or present and compared against different aspects of the dog’s daily routine.

In total, 231 dog owners responded to the questionnaire, representing a total of 357 dogs. From the responses provided, it was found that there were three significant areas of a dog’s routine that could impact their feeding behaviour.

Second, feeding dogs treats during the owner’s mealtime was associated with an increase in feed-related aggression. This observation could be explained by the use of food as a reward, particularly if dogs are exhibiting the behaviour prior to being fed a treat. The problematic behaviour is being promoted with a food reward, potentially without the owner realising this (McGreevy and Masters, 2008). An owner’s decision to feed dogs treats during their mealtime may be linked to the value mothers place on eating as a family (Davis et al., 2016). Owners with an anthropomorphic view of ownership will see their dog as part of the family (Boya et al., 2012; Dotson and Hyatt, 2008), potentially explaining the choice to feed their dog during owner mealtimes. Invasion of personal space is often aggressive in nature and allows the dog to compete with the owner (McGreevy and Masters, 2008) particularly if the treat is in the form of food scraps from the owner’s plate.

Third, providing feeding enrichment is associated with a reduction in stereotypical behaviour. Stereotypical behaviour has been associated with poor welfare and chronic stress (Denham et al., 2014) as a result of dogs being kept in low-stimulus conditions. Stereotypical behaviour may be expressed as repetitive behaviour such as vocalisation, pacing, and spinning. Environmental enrichment is defined as “an improvement in the biological functioning of animals resulting from modifications to their environment” (Newberry, 1995) and allows animals to satisfy more ethological needs, for example hunting and rooting. Feeding enrichment is one way environmental enrichment may be increased, and may include scattering food, hiding food and interactive puzzle feeders (Schipper et al., 2008).

The use of feeding enrichment has been studied in captive wild animal populations and laboratory dog populations. Specifically, Schipper et al (2008) studied the effect of feeding enrichment, by use of the Kong treat ball, on stereotypical behaviour in kennelled laboratory dogs, and found those dogs provided with feeding enrichment displayed more appetitive behaviour and increased activity levels. Performance of increased appetitive behaviours satisfies more ethological needs and leads to less inactivity, which together reduce exhibition of abnormal feeding behaviours, including stereotypies.

Cimarelli, G., et. al, (2017). The Other End of the Leash: An Experimental Test to Analyze How Owners Interact with Their Pet Dogs. Journal of Visualized Experiments, 128, pp. 1–11.

Kate Livesey is an aspiring veterinarian currently going into her fourth year of studying veterinary medicine at the University of Surrey. Kate has always had a keen interest in small animal nutrition and behaviour, and chose to research the relationship between the two as part of her degree. Kate hopes to work in small animal practice once graduated.

Stella Chapman is a veterinarian with a keen interest in animal welfare and behaviour, and the role that veterinary professionals can play in animal husbandry. Stella has lectured on these subjects at a number of universities and continues to expand her knowledge and experience in the field of animal behaviour, with a particular focus on dogs and equines.