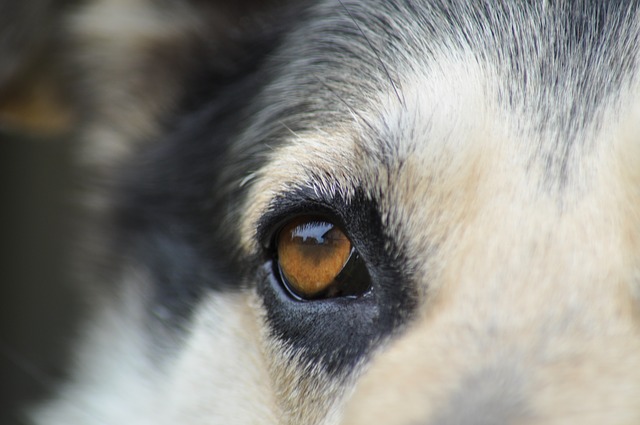 As any animal behavior consultant can attest, one of the greatest challenges we face is dissuading owners from anthropomorphizing their pet’s behavior. In many respects, anthropomorphism is the proverbial gorilla in the room: It’s taboo, highly controversial, and most of us recoil from its use. Assertions such as My dog is protecting me, My dog destroys my home when left alone because he’s getting even, or My dog is doing this because he wants to dominate me continue to cause millions of dogs—and other species too—to be misunderstood, surrendered, and even euthanized.

But, what’s a professional to do when their client continues to engage in this behavior even when their consultant presents them with compelling science that proves none of their assumptions are factual? I say, stop fighting it. After all, it’s not anthropomorphism per se that’s endangering the welfare of pets, it’s the lack of education in correctly identifying and interpreting behaviors that is responsible for owners having to rely upon it.

No matter what area of animal behavior one practices, it can be agreed upon that most professionals devote entire careers to educating themselves about and studying their chosen species. This may include learning about genetics, ancestry, social behavior, body language, social and hierarchal structures, nutritional habits, raising young, and hunting behaviors, to name a few. Considering we are almost always having to train the human as part of a behavior modification plan, consultants should also take a look at human behavior and psychology.

To help us better understand anthropomorphism, it’s helpful to take a closer look into what it is about human beings that may contribute to it. A few factors that come to mind; humans are the only known species to create effigies in their likeness, tell stories through the written word or illustration, and whose young engage in attributing human traits and emotions to inanimate objects as soon as they gain the ability to speak.

Observation of young children playing with dolls in behavioral therapy reveals early childhood habits of emotional projection. Pediatric psychiatrists and therapists have long found that providing children with access to dolls can reveal trauma, patterns of abuse, adaptability, and the individual’s ability to express empathy, as well as revealing dissociative disorders and learning disabilities, among others.

Humans love stories, whether they’re told by movies, Broadway plays, or books. In these examples, writers speak for and create emotions in the characters they create, leading us to believe that their fictional characters are complex, emotional beings. In turn we experience real physiological and neurological responses resulting from viewing or participating in these pastimes.

To complicate matters science is beginning to conclude that non-human animals are conscious beings. On July 7, 2012, the Cambridge Declaration of Consciousness publicly proclaimed that:

Statements such as this one, as well as the science that backs it up, may one day reveal that owners are not necessarily that far off the mark. It doesn’t mean that owners engaging in anthropomorphism are correctly identifying complex emotional states in their pets, but they’re not necessarily wrong in thinking their animals are capable of experiencing the world in a complex, conscious way, not unlike the way we do. In that regard, it really needs to be our job to help them identify these states correctly. If not, we are only treating half the problem.

With that being said, the challenge in embracing anthropomorphism is training owners how to correctly classify behaviors so they know how best to react to them. There’s nothing wrong with saying an animal is afraid so long as the statement is factual and based on science. To do that, we must be equally passionate about studying human behavior as we are about the non-human species we specialize in. If not, we risk being woefully unprepared to educate the human owner, and we therefore risk damaging their bond with their pet.

Anthropomorphism provides us with a unique window in which to view the human condition in regards to the emotional investment an owner may have committed to their pet. Statements such as those mentioned earlier may reveal complex emotions an owner feels as a direct result of their pet’s behavior. This puts us in a unique position to better understand how owners are interpreting their animal’s behavior as well as how that interpretation may be affecting their lives in ways that may be advantageous or counterproductive to training success.

The best way to communicate with an owner who tends towards anthropomorphismis resisting the urge to correct them. People don’t like being wrong, and fewer enjoy being corrected. When we correct an owner, we are essentially telling them they’re wrong, and doing so risks making the owner feel embarrassed, inferior, or that they may somehow be part of the problem. The result? A communication and educational dead-end. When corrected most owners tend to be less willing to contribute to the conversation by providing more of their opinions or experiential information. The result is they either surrender control of the session to us because they feel wrong, or they mentally fight everything we say because they still feel they are right. Either way it’s a lose-lose situation.

I have found that the best way to respond to anthropomorphic descriptions of behavior is through the art of segue communication. We neither tell the owner they are right nor wrong, but use their input as an opportunity to gently guide them toward factual information. For example, in a bed-wetting case an owner may present me with “my dog pees on my bed out of spite!” I might respond with “that’s an interesting observation.” This complimentary response draws the owner in. I continue with “multiple cases studies have been published on this issue, which revealed these types of behaviors are related to medical issues or triggered by highly aroused emotional states such as fear or anxiety. While spite is a distinctly human characteristic, dogs do experience lots of other complex emotions. Has the pet had a full veterinary exam recently to rule out a urinary issue?”

This type of response helps to invite the owner into the conversation and they are more likely to absorb the information I am providing them with. They have a vested interest in listening to what I have to say because it is an elaboration on their contribution to the discussion. Will they be more receptive to receiving additional scientific facts or following my behavior modification recommendations? You bet!

In conclusion, anthropomorphism doesn’t need to be taboo or the gorilla in the room anymore, nor does it have to be avoided. We can embrace this distinctly human trait and turn it into an incredibly useful tool as a catalyst for mutual dialogue that can benefit many lives, human and non-human. If we can manage to do that, then we can be more effective at helping these owners weed out erroneous assumptions from fact, which can lead to a greater understanding of what drives their own behavior as well as the resulting behavior of their non-human companions. Anthropomorphism is a unique byproduct of the human imprinting process. And, like it or not, it’s here to stay.