Compliance and Manipulation in the Dog Training World 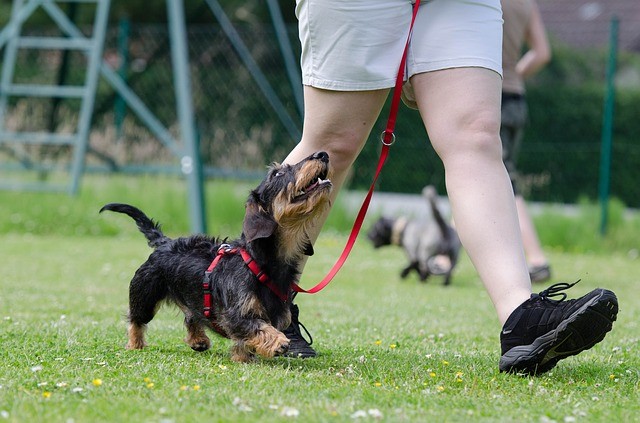 As behavior consultants, we know that it’s important that our clients get on board with the plans we make, and follow through with what we’re trying to teach them. Usually, we can’t teach their dog everything we’d like him to learn ourselves, so our job is to make sure the owner has enough of the skills they need to work through our program when we’re gone. Owners who don’t agree with what we’re trying to do, or who sound like they want to be involved but aren’t willing or able to put in the time or effort they need to, can be very frustrating for behavior consultants and trainers. It’s no wonder, then, that we can get caught up in the need to “get compliance” out of our clients.

Think about that phrase for a moment, though. Doesn’t it sound a little domineering? Is compliance something we should be extracting from our clients without considering whether the way we’re getting it is fair and compassionate? As consultants, we can sometimes get so focused on the animal that we’re willing to bypass thinking about whether our teaching tools are invasive or aversive to the client.

I’ve been in abusive relationships, and although I’ve left my abusers behind, my own personal journey has taught me how to recognize the signs and give names to the different kinds of manipulation people use to take other peoples’ power away from them. And just like it becomes impossible to “un-see” distress in dogs once we’ve had some education about their body language, I can’t stop being sensitive to when trainers are using abusive techniques to “get compliance” from their clients.

In this article, I want to explain a little more about these problematic ways of using the authority we have as trainers and consultants. While the focus on trainers who use physically abusive and emotionally intimidating techniques provide disturbingly good teaching tools, I don’t want you to think this is something that’s restricted just to certain famous TV personalities or people who subscribe to physically compulsive, abusive training techniques. Anywhere there are authority relations, there’s a risk of exploiting them consciously or unconsciously. Just because we use positive reinforcement in working with animals doesn’t mean we are immune to using these abusive techniques with human clients, even unintentionally.

For many years now, I have strived to understand the reasoning people use to deny the science that firmly establishes the rationale for not using punishment in dog training. To that end, I have watched TV shows and YouTube videos, read books and blogs, studied, and even attended a live performance by a famous TV personality who espouses heavy punishment and rank reduction, all in an attempt to comprehend the appeal of their approach.

Part of this process has been more than two decades of learning to observe human and canine body language. Watching body language is a long-practiced skill, but once the door is open, it’s pretty hard to close.

For a long time, I didn’t make the association between dog training and my own personal journey, but it was while watching the body language of a dog owner standing on the sidelines, and claiming she was on board with the training, that I put two and two together.  She was saying yes with her voice, but her body language said a resounding, “No!”

If you watch and study videos[1] where the owner is unsure of what is happening to the dog, you will note that people are often touching and/or holding a hand across their neck, standing with their bodies pulled in and away, fingers intertwined, and with arms crossed as they watch their dog being handled. What the trainer is doing to their dog—corrections and physical actions, along with lots of well-timed intimidation via body postures—is causing the owners to show the textbook body language of people who are not comfortable with what they are watching.[2]

So why might owners go along with something they are signaling that they feel desperately uncomfortable with? One reason, which I’ve experienced first-hand on my personal journey, might simply be social embarrassment and exhaustion, which can lead to a desperate desire for a quick fix to make everything okay.  Another is a phenomenon called “gaslighting.”

“The Gaslight Effect,” as coined by Robin Stern, PhD, is described as:

“An imbalance of power in an all too familiar, yet often subtle, kind of power-play in which the more powerful gaslighter attempts to define the reality of a less powerful gaslightee—and the person in the one-down position allows that to happen. As a result, the gaslightee begins to second-guess herself because she has allowed another person to define her reality and erode her judgment. She has given over her power. (I use “she” because that is the pairing I see most often; but, women can be gaslighters too, and men, gaslightees).”

I first heard the term “gaslighting” in a book about healing from trauma. It was only later, while watching a video of a dog trainer work with a client who was clearly uncomfortable, that I realized it could apply to our profession too. If you Google “pack leadership, dog training” videos where there is a person being trained how to “handle” their dog, you will find many examples of gaslighting that show how the dog’s behavior problems are attributed to the owner’s lack of leadership qualities, and/or the person’s actions, or lack thereof.

When people are instructed to interact with their dogs, and are directed to do what has been demonstrated, it’s interesting to watch as the process unfolds:

1.  If the owners are not making progress, they are quickly criticized for not showing enough leadership. This serves to intimidate the owners until they are able to copy the gaslighter’s actions.

2.  The owners eventually give way to following the instructions, and continue until they have the results that then earn praise and acknowledgement.

3.  Eventually, the owners begin to comply and mirror the person doing the instruction. It’s a process that soon becomes one where the gaslightee doesn’t want to disappoint the gaslighter, and they are willing to sacrifice their own beliefs and rationality to please.

The willingness to follow without reservation, even when the body language of the owners points to them being uncomfortable and questioning, is telling.[3] The trainer has got compliance, but at the cost of making the owners feel so powerless that they are willing to watch their animal struggle. This is emotionally abusive behavior by the human as well as unscientific, poor-quality training for the dog.

The language the trainer uses is a key part of the way they exploit their authority to get compliance without consent. Statements such as “You are the bigger challenge” are often used until owners agree to follow instructions. This is suggestive of another phenomenon, blaming the victim.

Victim-blaming works by questioning the choices that people make that lead them into problems. In this case, it works by suggesting that the reason a client’s dog has problems is because of something wrong with the client. Often there is an element of truth to this—people can reinforce undesired behaviors, or not know how to prevent problems for their dog—but leveraging it by pointing it out and making the owner feel guilty is not a humane way to get compliance.

For example, most people use terms of endearment to describe their dogs.  We call them friends, companions, and pets because we want a relationship with them.  Watch videos of famous trainers, however, and you’ll hear suggestions that the abundance of love the person has for his or her dog is the real cause of the problem.[4]  This is all part of gaslighting.

How can I avoid these problems?

Gaslighting, and its close cousin, victim-blaming, can happen easily when someone knows how to push the right buttons, or comes off as an authority. For me, watching and exploring different dog training videos helped me to discover that the need to get compliance shouldn’t equate to a need to be in control at any cost, but unfortunately it often manifests itself in this way.  I’m familiar with that, and having left my abusers many years ago, I have learned the signals, the words, and the charm that draws people into a world that is often hard to understand and very hard to leave once entrenched.

We need to be aware of what the human side of the equation is telling us with their body language as well as what their dogs are trying to express. When we relate to our clients, we should be sensitive to their right to say “no,” and respectful of their own comfort zones. Where we feel like we have to ask them to do something they’re not comfortable with for whatever reason—whether it’s because they’ve been taught that using food is wrong, or they’re experiencing dissonance because they thought their dog needs to be dominated, or anything else—we should do so with care not to exploit our status as an authority, even though we know we’re in the right.

Because of my own experiences, I understand how easy it is to be led blindly by someone’s charisma, charm, or even angry threats.  Those experiences have luckily taught me to question the status quo when it comes to how we train our dogs, but more, to always trust the dogs in front of me because they need communication that is based on give and take, not control.

Nan Arthur, CDBC, CPDT-KSA, KPACTP/Faculty, has been involved in the behavior and training field for more than 22 years with dogs and over 20 with cats, and has a deep belief that her mission is to help pet parents and their animals understand and communicate clearly with one another using the science of positive-only behavior and training methods.

[1] We can’t add any of these videos here because the majority are under copyright. The best way to find them is to Google “pack leadership, dog training”.

[2] Social psychologist Amy Cuddy explains in her book, Presence, that body posture is one of the most telling things about human behavior, and gives example after example of how people displaying the above mentioned postures are trying to get smaller, become invisible and/or protect themselves even if they are saying otherwise.

[3] Here is a well-known example of how most will follow powerful figures, making it easy to sway people to do things that might not be comfortable or even humane:  http://www.simplypsychology.org/milgram.html

[4] I witnessed this first hand at a live show when the “talent” explained to the crowd how women (he alluded to the female gender during most of the show as being more problematic with dogs than men) try to give affection when dogs are not calm. His opinion was that women arouse the dogs, so it’s their fault that the dogs behave the way they do. This included a demonstration of the person “humping” the air and the sentence, “She asked for it.”