Communicating with Clients: “Why do People Pay me for my Advice and Then Tell me I’m Wrong?” 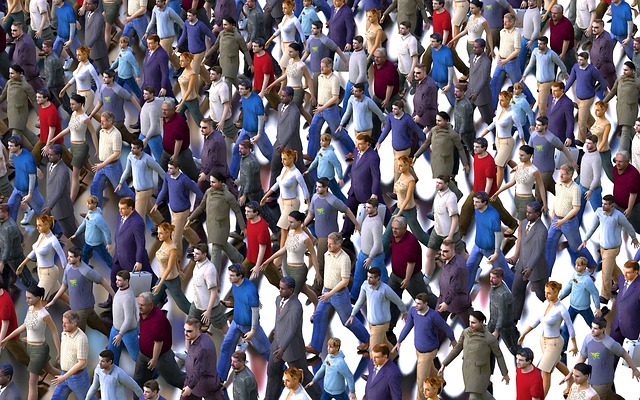 A veterinary behaviorist friend of mine once asked me, “Why do people pay me for my advice and then either ignore it or tell me I’m wrong?” I don’t think she really expected an answer. She was just expressing her frustration with clients who resisted changing their views about the utility of certain training approaches, particularly those based on dominance theory or force. In many areas of animal training, there are disagreements about approaches that have scientific evidence on one side of the argument, and yet supporters on the other side of the argument.

Why would someone ignore scientific evidence when choosing what to believe? It may not surprise you that this hasn’t been studied in the realm of animal behavior consulting, but it has been studied extensively in the realm of politics. A little extrapolation gives us some insight into similar questions in animal behavior, although, as always, extrapolation from scientific studies should be done cautiously.

Knowledge deficit theory states that people who believe things contrary to evidence will change their minds once they are provided with the relevant information, i.e., that they have a simple deficit of knowledge that can be corrected. This is an intuitive theory that many of us embrace in practice, offering more and more pieces of evidence to try to convince someone. However, recent studies suggest that lack of knowledge has much less to do with someone’s position on a controversial issue than personal identity and relationships with one’s peers. In a very real sense, acceptance by one’s social group (be that coworkers, friends, or other members of a dog training club) has much more relevance to a person’s well-being than whether they accept a particular theory with scientific evidence behind it. In the world of politics, someone who modifies their views on climate change might expect to be ridiculed by coworkers. Similarly, someone who substitutes a front-clip harness for a prong collar or uses food to train might be sending social signals to their friends that have nothing to do with the effectiveness of the method.

The authors of the 2012 paper “The polarizing impact of science literacy and numeracy on perceived climate change risks” tested what they call the science comprehension thesis (SCT)­—that a lack of understanding is the reason individuals and groups disagree with the prevailing scientific consensus on an issue—and the cultural cognition thesis (CCT)— “that individuals, as a result of a complex of psychological mechanisms, tend to form perceptions of societal risks that cohere with values characteristic of groups with which they identify”—to determine which had more effect on their subjects’ views of the seriousness of climate change: learning to think scientifically, or the political group with which they identified. They pointed out that the SCT positions the conflict as between the scientists (trying to explain difficult concepts) and the public (failing to understand these concepts), whereas the CCT positions it as between two groups in the public, i.e., not about the relationship of the public to the scientist at all. They found that, in fact, people who gained increased scientific knowledge tended to use that knowledge to rationalize their existing opinions, rather than to change their opinions. These findings, if applicable to the relationship between behavior consultants and their clients, suggest that problems in communication may not lie with the behavior consultant for failing to adequately explain the science behind a behavior modification concept. In some cases, when the concept in question is one debated by large groups, the difficulty in coming to an agreement may simply represent the client’s relationship to a social group that holds disagreement with that concept as part of their identity. Becoming estranged from this group may be a significant hardship for the client, even though anxiety about that estrangement may be something they have difficulty expressing to themselves or the consultant.

What can the well-informed behavior consultant do to get around this mismatch of social groups and scientific evidence? The authors of the 2015 paper “From Gulf to Bridge: When Do Moral Arguments Facilitate Political Influence?” suggest that different social groups may have different core values. Framing your argument in terms of the other group’s values may make understanding your position easier for your client. Again, this paper is very politically oriented, describing liberal core values as protection from harm and fairness, and conservative core values as loyalty and respect for authority. Social groups in the world of animal training may overlap or cut across political groups; we don’t really know. (PhD thesis, anyone?) But if you can determine your client’s values or the values of their social group, you may be able to frame your argument in a way that’s easier for them to hear. This paper showed that arguments for traditionally liberal policies reframed using conservative values were more convincing to conservatives, and vice versa for traditionally conservative policies reframed using liberal values. However, the paper also found that members of one group tended to balk at framing their arguments using the other group’s values! In other words, you may need to grit your teeth and make some arguments that rub you the wrong way to get some important concepts across.

Our world is increasingly fractured, but scientists are studying communication tactics to help us learn to mend it. Will these tactics be useful outside of the political realm? Try them and see.

Jessica Hekman, DVM, MS, completed a specialty internship in shelter medicine and now studies the genetics of dog behavior in Urbana, Ill., where she lives with her husband and two dogs. She regularly offers online courses on genetics for IAABC. You can follow her on Twitter as @dogzombieblog or on Facebook at http://facebook.com/dogzombieblog/.