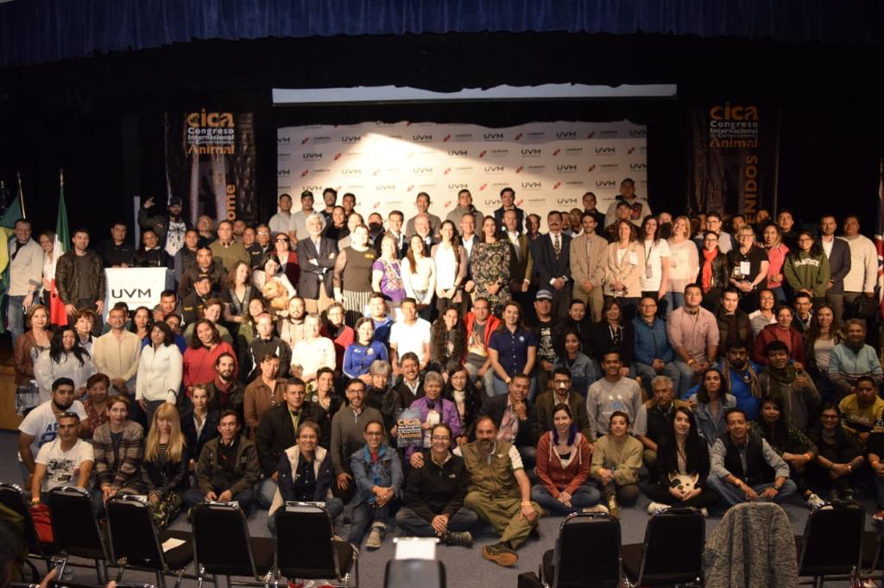 With great enthusiasm, I traveled to Mexico City to participate in CICA 2020. I arrived two days earlier to meet my IAABC Mexico colleagues and to finally get to know some members of our volunteer team in person. Along with Sandy Guevara, Paola Morali, and Hugo Bravo, our regional director, I enjoyed delicious meals (hardly ever knowing what it was that I was eating…) always accompanied by great conversations. These people also saved me from trying sauces and dips that would have been way too hot for my German-Chilean taste, and Hugo even gave me a sightseeing tour with the support of his whole family. I will be eternally grateful for this!

We stayed at Coayacán, a quiet neighborhood with bars and restaurants nearby, but at 30 minutes’ travel distance from the university where CICA took place. All the presentations were held in the same auditorium, so the approximately 150 attendees and the speakers were able to listen to all the presentations. It was cool to see that almost every speaker made references to previous talks during their own presentations. That was a great experience for everybody! This way, the speakers became one unified reference for the attendees. So many people, including the fantastic simultaneous translators, the helpful CICA team led by Darwin Angulo, and everyone who spoke both languages, helped keep the communication with the audience flowing.

The interest and enthusiasm of the attendees revealed that there is a real desire to deepen the knowledge of animal behavior in Mexico. As is true in other Latin American countries, we can see that there is still a lack of evidence and science-based training opportunities, but that animal trainers are starting to look for resources and are open to investing in high-quality education. This first joint outing of IAABC Español and CICA is exciting and brings an excellent blend of Latin American in-person conferences and a strong membership organization offering ongoing support and education year-round.

Since there is no official regulation for dog trainers in this country, the Mexican audience pricked their ears when they learned about IAABC-ECA, our new Spanish-language dog trainer accreditation. For three days, Hugo and I greeted vets, dog trainers, shelter staff, K9 officers, and other animal behavior fans at our booth, answering questions about the IAABC and the ECA app, handing out discount coupons and swag as well as helping new members to use our website. This is how we got to know almost all the attendees personally who shared their stories, their dreams, their difficulties, and their desire to grow as professionals with us. Just like previously in León, where the IAABC had sponsored a series of talks at the renowned Veterinary Congress last September, we were very well received, and we made the promise that the IAABC came to Mexico to stay! 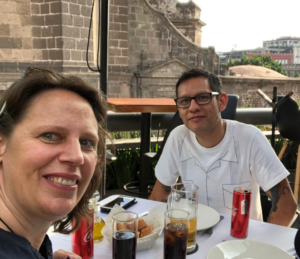 After the congress, Darwin invited all the speakers to Valle de Bravo, a rural town by a beautiful lake outside of Mexico City. Three long days of congress and the remains of our jetlag had tired us all. We needed a break and were compensated with walks through the historic center, relaxed dinners and a fantastic excursion on horseback to the famous monarch butterfly reserve.By sharing long rides in the “tour bus” we became even closer as a group and shared some really good talks and laughs about “Gatorboy” Chris Gillette’s jungle expeditions, Catja Pedersen’s unexpected encounter with a snake when swimming in the lake. We were also treated to anecdotes from Larry Kay, the former voice of Kermit the Frog as a writer for the Muppet Show.

It was hard to say goodbye to these wonderful animal trainers who were all incredibly impressed and delighted with the organization of the CICA congress and the camaraderie in our group. Without a doubt, CICA 2020 was a successful event, both for the attendees and the speakers.

National and international speakers shared knowledge and experiences of new techniques, theories, and science regarding animal behavior and training. 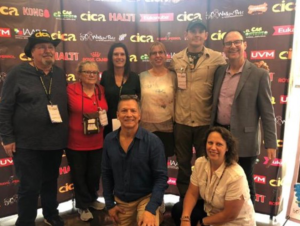 Uli Grodeke is the Director of IAABC Español Division. She has been a dog trainer and behavior consultant for over 25 years and is the founder of CityDogs in Chile. Uli lives in Santiago de Chile with her husband, their three children, two cats, two target-trained Mediterranean tortoises and her Border Collie Luke, the tortoise-detection dog.