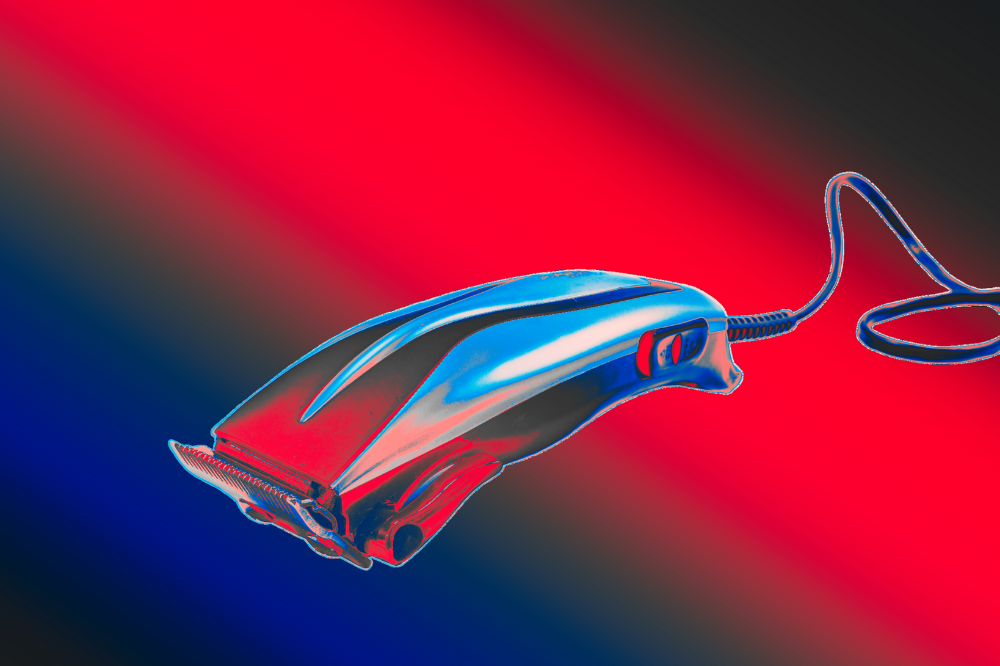 Summary: How counter-conditioning and desensitization was successfully used to change a 21-year-old gelding’s fearful behavior towards clippers. Constructional Approach Training was used as the first part of the behavior modification intervention plan, followed by operant conditioning.

Presenting behaviour: Fear of clippers. Moving away from clippers and, more noticeably, their sound.

Brief history as provided by Annie

At purchase Annie was aware that Tommy required sedation to be clipped (clipping necessary to keep cool when exercising). Annie took time to very gradually build up his confidence during clipping and was eventually able to clip him without sedation. After relocating to the track livery Tommy wasn’t clipped for several years. Last winter (2020) Tommy needed to be clipped (bib clip: chest and underside of neck) as his coat was very thick and any exercise or warm days could be uncomfortable for him. Tommy was shocked by a sudden approach of the clippers held by someone unaware of his sensitivity. Tommy’s reaction was to avoid the clippers, and Annie was unable to clip him.

Living situation and first-hand assessment of the behaviour

Annie is a regular client. We meet for weekly training sessions with one of her horses, and I have carried out personal training with Tommy previously using positive reinforcement techniques (clicker training).

Tommy lives with Annie’s other horse on a no-grass, track livery of approximately 1 mile length within a mixed herd (mares and geldings of various ages) of around 20 horses and ponies. He is fed ad-lib hay via various feeders (hanging nets, netted boxes) and has the opportunity to browse mature hedges. There are different substrates, shelters, misters (summer cooling) and scratching posts on the track.  He comes in daily to a covered yard for general care, grooming, and feeding.

Annie asked me to formulate a plan to help Tommy become calm around clippers again. She was not keen to use sedation and was aware that any behaviour change protocols would take time to implement. Annie arranged for Tommy to be clipped whilst he was sedated for dental work, meaning he would not need to be re-clipped until the following autumn, giving us plenty of time to put protocols in place and train with them.

As with all behaviour change, it was important to ascertain that the procedure (clipping) was necessary. We determined that it was necessary, due to health and welfare considerations (overheating with exercise and supporting weight loss). I suggested that a systematic training plan might be the most effective and least intrusive way to change Tommy’s behaviour.

Annie had already described Tommy’s avoidance: pulling back from being tied and attempting to maintain a good distance from the approach of the clippers.

It was clear from an initial assessment that Tommy was very sensitive to the clippers even when they were turned off, but more so when turned on. This may have been a resurgence of his previous behaviour (fear of clipping with last owner) due to the time that elapsed between clipping sessions and the lack of preparation (someone approached him and turned clippers on in close proximity, unaware of the potential for re-sensitisation).

I made no suggestions for lifestyle changes as Tommy has a fully enriched life and Annie spends several hours daily caring for, interacting with, providing enrichment for, and observing both of her horses.

Training took place in 20-minute (maximum) sessions split into approximately four discrete micro-sessions lasting approximately 3 minutes each, with down time to eat hay between them. Training took place during the end of 2020 into 2021 and was interrupted twice due to coronavirus lockdown conditions in England. Training was carried out in 10 formal training sessions and bolstered between sessions by Annie.

Table 1 Baseline thresholds for approach with clippers. Tommy tied as he would usually be for clipping.

In our first training session we looked at thresholds, with the clippers both on and off. Annie used a set of quiet cordless clippers for training purposes. Unwilling to trigger Tommy’s fear of the clippers I didn’t ask Annie to approach close to him and risk flooding him.

Following on from our baseline assessments (and using these low thresholds as our initial guide) we put in place a constructional approach. Annie walked towards Tommy with the clippers clearly visible in her hands and stopped as soon as Tommy showed the slightest indication of noticing her approach. Annie retreated several metres as soon as Tommy returned to eating.

Video 1 Tommy was loose in a covered enclosure with haynet and water. We began with testing the baseline without clippers with Annie outside the enclosure (approximately 10m) and Tommy showed no noticeable changes in his posture. When Annie entered the enclosure, walking towards him from the side with clippers clearly visible in her hands, at 10m there was no observable change in his behaviour. We noted a brief pause in eating and movement of the head towards her at approximately 6m. This video shows approach with a CAT (constructional approach training) style to find the threshold of his reaction to the clippers when held visibly in the hand.

We recorded Tommy’s reaction to the clippers being turned on whilst he was tied in the yard and Annie moved gradually closer from a 20m distant to him.

Video 2 Tommy was tied in covered yard with Annie in the car park approximately 15m distance from him on an approach from approximately 20m.

Using CAT (constructional approach training) Annie was able to spot the moment that Tommy noticed her approach with the clippers and instantly stopped her approach. She then removed herself once he changed his behaviour in some way (went back to eating hay, flicked an ear, lowered his head, etc.), thu allowing for Tommy to control his proximity to the clippers.

Video 3 CAT approach with clippers off. Tommy was free in the enclosure with hay and water. This was repeated from both directions of approach from a side-on position. It is essential when using this technique that clients are taught to spot the first signs of the trigger being noticed; flooding has nothing in common with this technique.

CAT was continued so that Tommy was confident that he could control proximity to the clippers (always off up to this point) and switchover (the point at which he felt comfortable to approach the clippers) was reached. As he turned and walked towards Annie she remained still and added a food reinforcer. She stepped back and again reinforced as he came to stand close to her.

Video 4 Switchover from CAT to R+

Annie continued to use R+ to run the clippers (still turned off) over his body in her own training sessions.

In formal training sessions we had begun training with the clippers on.

We used counter-conditioning and associated the sound of the clippers (in a very brief sample of less than 1 second from on to off) to food being presented. Annie began at a distance of 15m (standing outside in the car park where the sound was almost inaudible to human ears). Immediately following (but with a slight gap, so, using trace conditioning) the brief sound of the clippers I would feed him a hay cob. Annie gradually moved closer to Tommy and the time between on and off was gradually extended.

Video 6 Counter-conditioning process and the next step, where we transitioned into operant counter-conditioning and recognised (and further developed) a consent signal from Tommy for us to continue. We carried on using Annie to produce the clipper sound while I gave the food. Notice in the final clip of this video when Tommy doesn’t offer consent, I still feed him. It doesn’t help the learner to be offered the choice between performing the fear-eliciting behaviour and receiving food. In these training sessions food was presented regardless of whether the consent to continue was given.

The protocol of consent from Tommy (slight head or ear movement towards Annie) followed by closer proximity to the sound of the clippers and longer periods of the sound was continued until Annie could get closer to Tommy with the clippers running. The moment to change from me feeding Tommy to Annie feeding was reached (he stepped far enough towards her that I could no longer reach to feed, and the first protocol of R+ with the sound was successful). Annie moved progressively closer with the clippers, still waiting to observe Tommy’s signal to proceed.

Video 7 Annie takes over feeding following the sound of the clippers, which is initiated by Tommy’s ‘start button’ of moving his head slightly.

The final two sessions (of eight formal training sessions and several sessions of homework between) added Annie’s touch with her free hand whilst the clippers were running, leading to the clippers being on his coat supported by Annie’s hand. This way Tommy could feel the vibration without the clippers being directly in contact with his coat. This led to Annie moving the clippers over his coat with a plastic length guard (to avoid clipping his spring coat but simulating a real clipping sensation) which Annie continued to add duration to.

Annie continues to build Tommy’s confidence around the appearance, sound, and touch of the clippers and has noticed that when other horses on the yard have had feathers clipped he was very calm and showed no change in behaviour as a result.

Trudi Dempsey is an IAABC-certified horse behaviour consultant and an ABTC-accredited animal behaviourist and trainer, specialising in clicker training and bitless riding www.equine.training