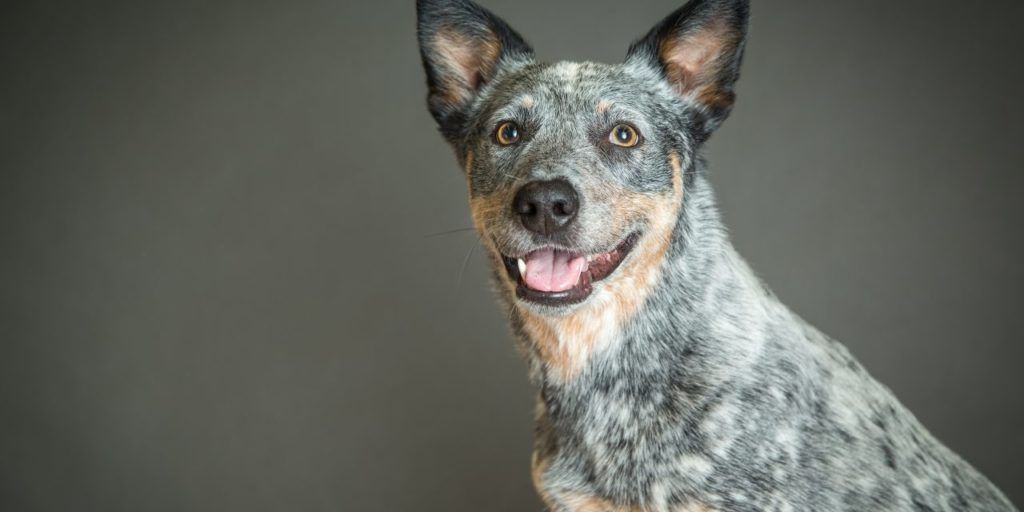 Human-directed aggression while being toweled off. Bethany reports that Remy runs at the sight of the towel. When owner has held her by the collar to towel her off, Remy will bite her hands, especially during the toweling of her thighs, tail, and rump. The bites have not broken skin to date but owner reports the bites are increasing in frequency and force, and that Remy has begun growling when approached with the towel.

Bethany and Charles initially contacted me to address Remy’s aggressive behavior toward another dog in the home. During our discussion of the fights, I was able to identify the cause as levels of high anxiety from Remy. All of the fights occurred in situations in which Remy had been stressed in some way, and redirected it on the other dog.

After this discovery, I asked the client to make a list of as many stressors as they could think of in Remy’s life. At the top of their list was toweling off. It rains approximately 150 days of the year in the Willamette Valley in Oregon, which requires Remy to be toweled off multiple times a day during the rainy season.

Remy was initially brought to a shelter in southern Oregon, where it rains approximately 95 days a year. Her history prior to that is unknown. She spent five months at the shelter and was then transferred to a rescue in another dryer part of Oregon.

After acquiring Remy, the client noted that she seemed uncomfortable with being toweled but did not display any overt aggression initially. The discomfort and aggression increased over time at a pace which the client had not initially noticed until we were discussing Remy’s triggers. She then noted that Remy began running from the towel some years ago (unclear exactly when) and that the biting has increased in pressure over time. She has not broken skin as of yet.

The client went to retrieve a towel while I observed Remy. Once the client entered the area where the towels are kept, Remy began licking her lips with her ears back and her tail neutral to spine. Once the client returned with towel in hand, Remy ducked her head, ears back, and quickly moved to the opposite side of the room. As the client continued to approach, Remy moved under the table, crouched down and lip-licked repeatedly. I asked the client to stop moving closer.

Throughout our initial consultation, I also observed the client physically manipulating Remy on several occasions. If Remy failed to respond to the “sit” cue, the client would put her hand on Remy’s rear end and force it down. If Remy jumped on the couch, the client would loudly say “off” and push Remy off the couch. During each of these interactions, Remy would duck her head, pin her ears back, and rapidly lick her lips two or three times while observing the client with half moon eyes. She would then repeatedly attempt to climb into the client’s lap with ears back, and lick repeatedly at the client’s chin and lips, and the cycle would repeat.

Remy has noticeable distress when approached with the towel, and makes obvious attempts to communicate her discomfort. She then escalates to mouthing and increasing bite pressure when her distance-increasing attempts are ignored. The client lives on a flower farm. Given the 150-plus days of rain per year, the muddy nature of the farm, and Remy going outside four to five times per day, toweling off is likely a significant portion of Remy’s overall anxiety. Reduction of stress around toweling off should prevent biting as well as decrease Remy’s overall stress levels, which should also reduce the likelihood of fights with the other dog in the home.

The second consult occurred two weeks after the initial meeting.

I was concerned that Remy was avoiding looking at the towel, so I needed to determine if the presence of the towel was causing avoidance, and/or if the client had delayed her marker word and accidentally reinforced looking at her rather than looking at the towel. We practiced correct marker timing with a known behavior (“sit”) until the client felt confident. I attempted to present the towel to Remy to mark correct timing. However, Remy stared at my face with the same body language and would not look at the towel.

Remy is very ball-motivated, so I switched to using the ball as the reinforcement (by throwing it approximately 3-4 feet) and letting Remy fetch and drop it at my feet. I then presented the towel by dropping it on the ground. When Remy looked at the movement, I marked “good!” and threw the ball. The client was able to get approximately 15 correct repetitions with this new method, so we planned for her to continue with a focus on marking correct behavior.

Pairing the towel with the ball

The third consult occurred two weeks after the second consult.

The client’s marker timing appeared correct during another session of “sit” as a warmup, but she reported Remy had resumed the same behavior of not looking at the towel. This left me concerned that Remy was avoiding the towel out of discomfort despite the attempts at DS/CC. No matter the presentation of the towel (dropped, brought out from behind back, made small by folding, held open, etc.), nothing would cause Remy to look at it. She did not flinch when it was brought close to her, but would move away if the client attempted to touch her with it.

Prior to our next appointment, I reached out to the IAABC Dog Division mailing list and detailed the case, asking for help. One member wrote back and suggested that the aversion may be not only to the towel, but to physical contact in general. Between appointments, I reached out to Bethany via text to ask if Remy was sensitive to handling in any other situation. She noted that Remy likes to have her belly rubbed when they are lying in bed and enjoyed having her chin scratched, but Remy would bite at her hands if she attempted to pet her rump or thighs.

This consult occurred two weeks after the third session.

During this session, we began desensitization and counter-conditioning for body handling. Since Remy appeared more sensitive to having her rump/hind legs touched, we began working under her chin and on the underside of her neck. Bethany would touch Remy’s neck, then began continuous feeding while petting her. If she stopped petting her, the food stopped simultaneously. The goal was to build a positive emotional response to being petted by pairing food with touching. If the petting stopped, the treats went away. The client was again advised to be aware of Remy’s body language. If Remy’s ears went back, she moved away, or leaned away from the touch, the client was to go back to petting under her chin and end the game on a positive note. She was to note what part she had touched that caused discomfort, and during the next session, approach that point but not cross it. The goal was to build tolerance and enjoyment of touch slowly.

Conclusion: To be continued

After four sessions, my client and I both felt like we were beginning to see signs of progress with Remy, and were confident that with our plan in place, we would continue to help her feel better about the whole process of being toweled. Unfortunately, after our fourth meeting we were unable to continue Remy’s sessions due to the COVID-19 outbreak. We were no longer able to do in-home sessions, and the client was unable to continue using virtual sessions. She agreed to continue working on the body handling until we are able to meet again. Stay tuned for the conclusion of this case study, and more of our work with Remy in a future issue!

Lauren Rubin, KPA CTP, CPDT-KA, is a trainer in Eugene, Oregon, specializing in behavior modification, reactive dogs, and unruly teenagers! She also works as the behavior program coordinator at her local humane society, helping rehabilitate dogs in the shelter. You can find her online at www.creativecaninesolutions.com